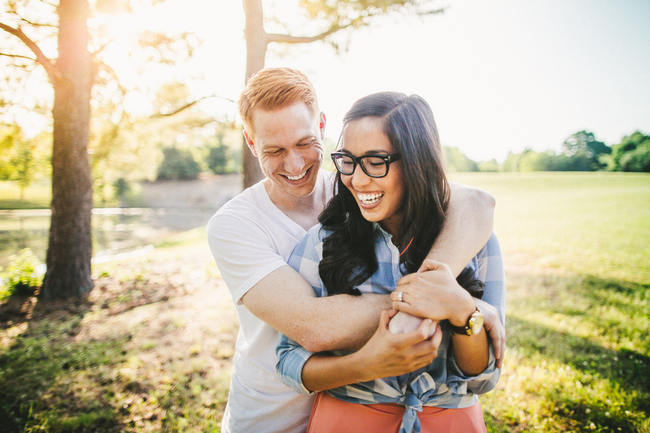 The minute I saw Lauren and Billy’s totally awesome Wes Anderson-inspired engagement pics shot by Tesar Photography, I just knew that I had to share them with you! The couple are (quite obviously) both huge fans of writer/director Wes Anderson, which was the inspiration behind their off-beat engagement shoot. They worked with Tesar photography to recreate a kinda-vintage, kinda-quirky, totally-cool photo session filled with lots of originality and one extremely cute couple.

From the couple: In addition to being massive Wes Anderson fans, we really desired to steer clear of the typical lovey-dovey photo shoots that are common in engagement photos. Finding a photographer that would be able to adapt to this style proved to be a difficult task early on. Eventually we came across Tesar Photography, and they really impressed us. Not only was their previous work very well shot and edited, but they completely understood the type of theme we were going after. After discussing our ideas with them, they were thrilled to do something new and different. They even went as far as watching some of the movies that inspired us in order to prepare.

A lot of the Wes Anderson films are set in vintage eras, with quirky props and wardrobes to match, and we incorporated a few items in our photos to help set this tone. Since we decided to have the shoot in the fields of Fearrington Village, country-casual wardrobes were selected and props such as vintage cameras (courtesy of Kristen & Rob Tesar), leather cases, a woven picnic basket, miscellaneous glass bottles and colored hardback novels were added in. 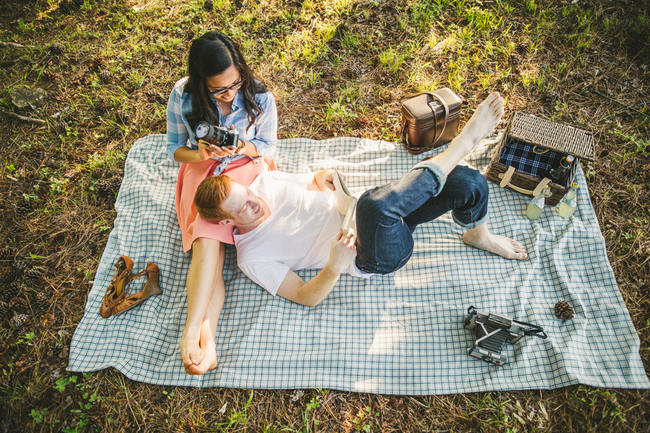 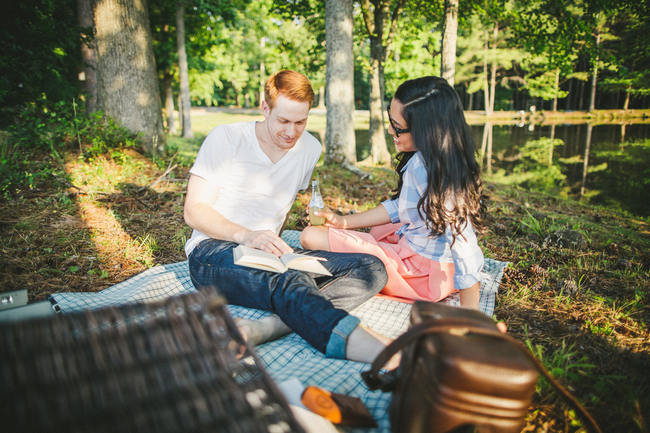 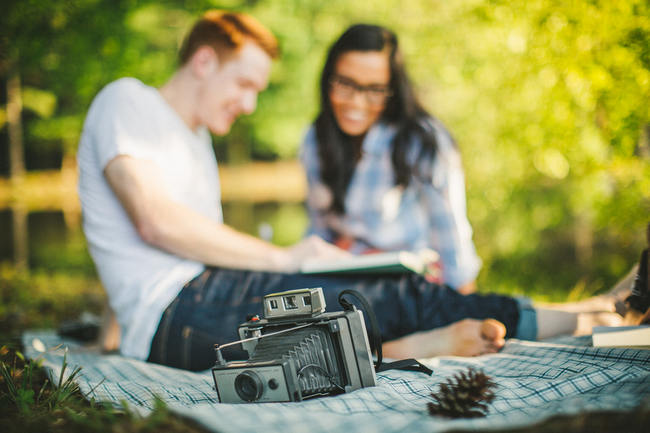 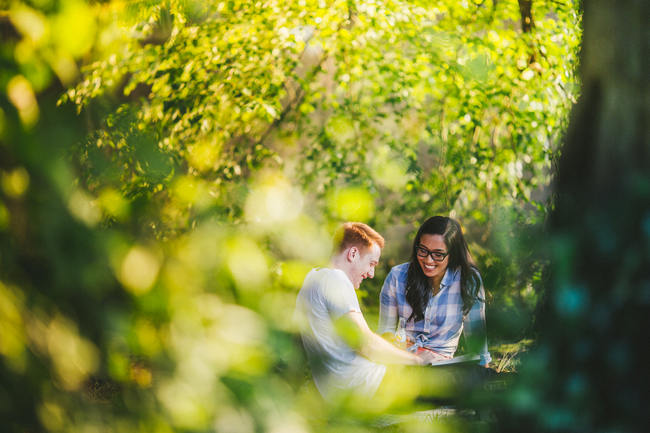 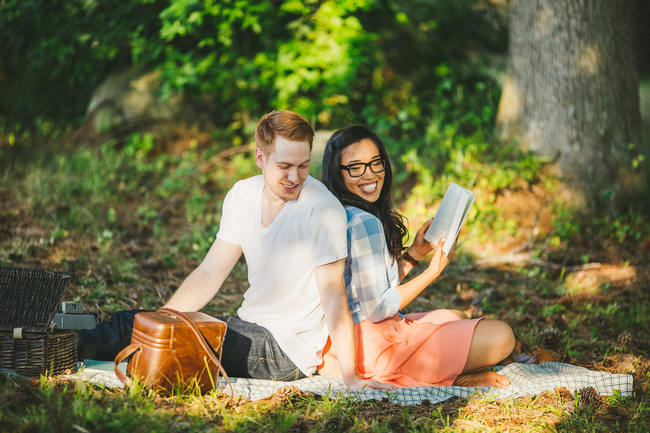 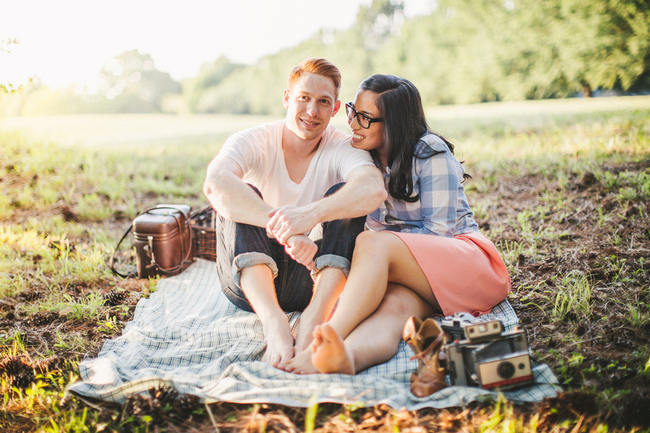 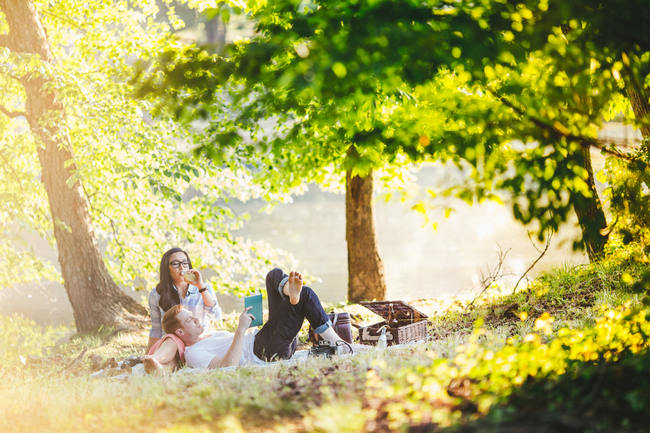 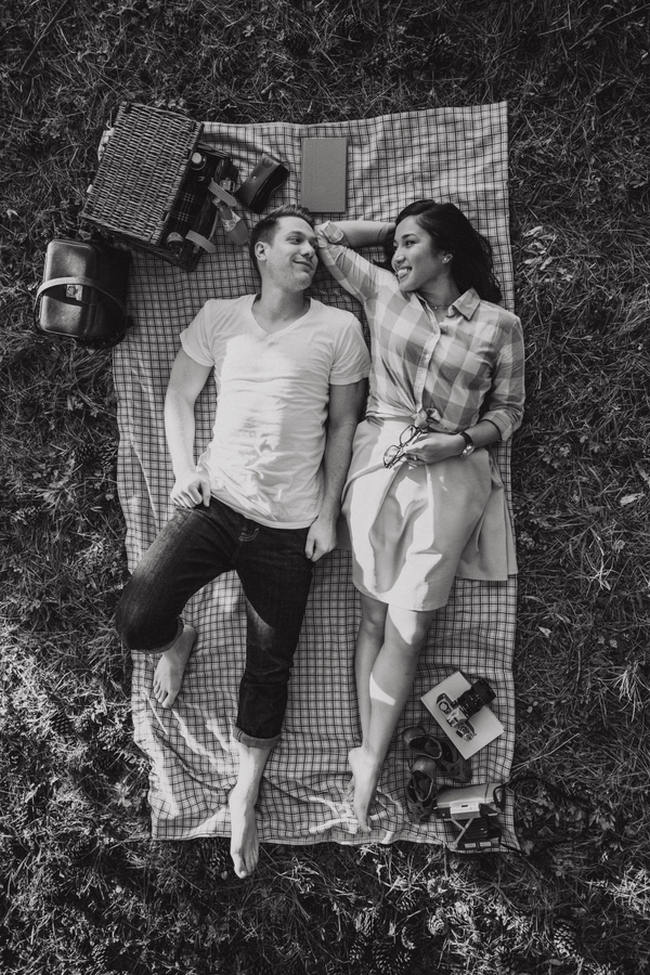 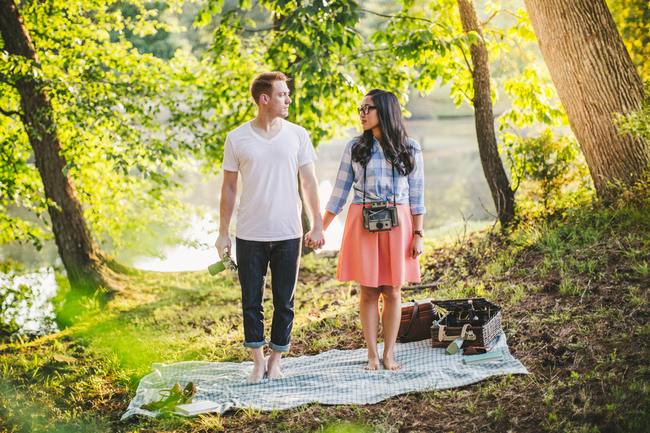 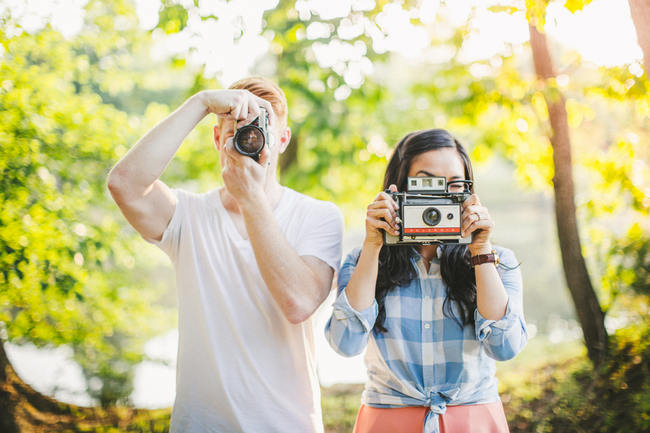 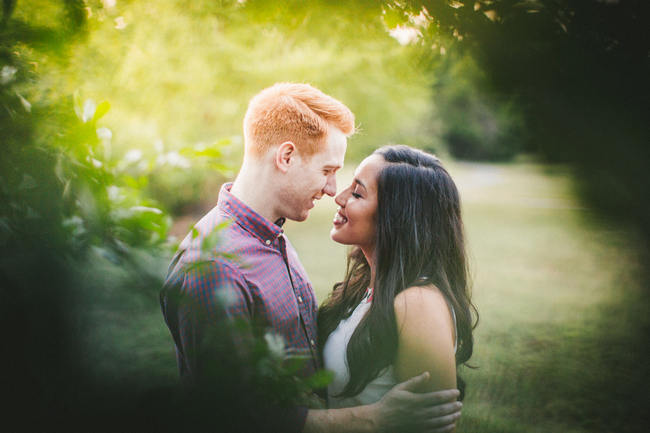 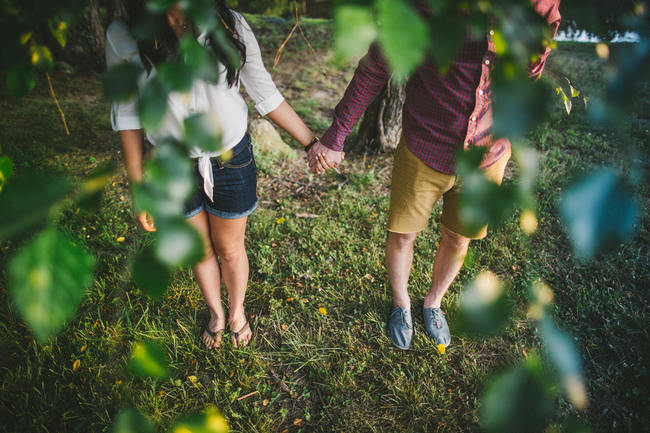 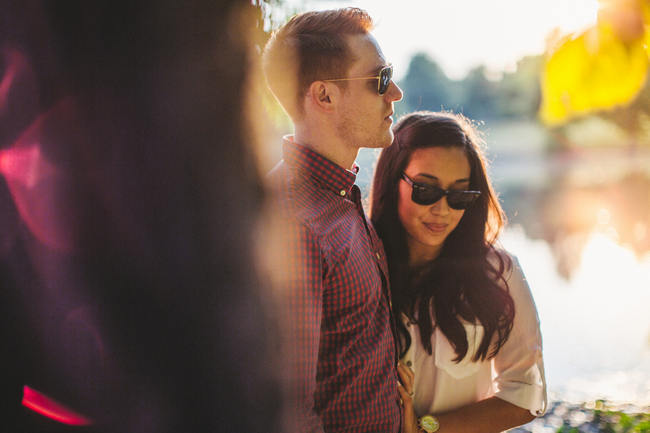 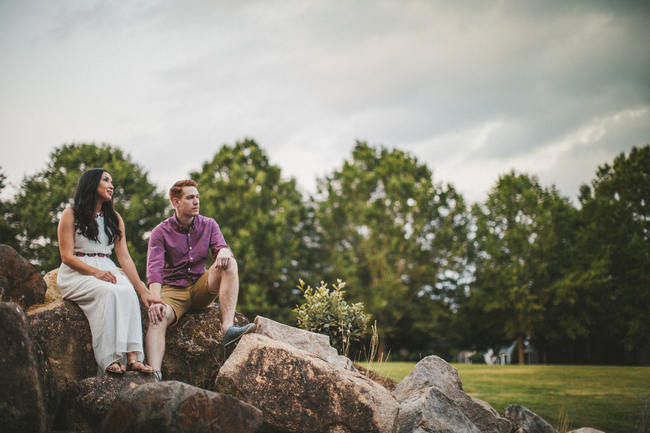 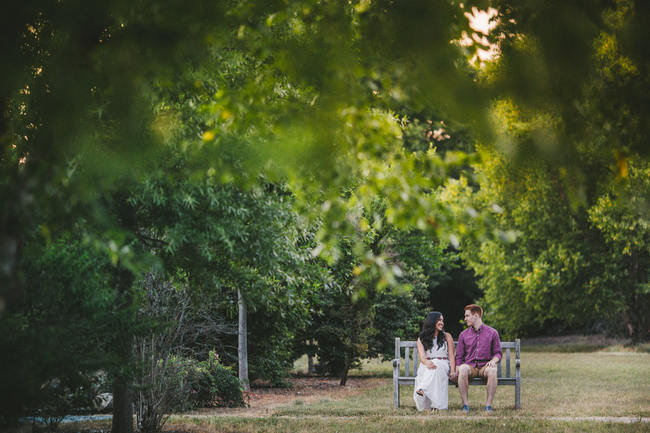 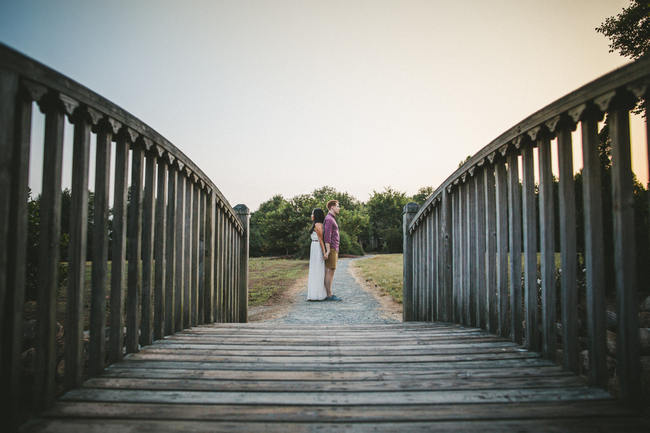 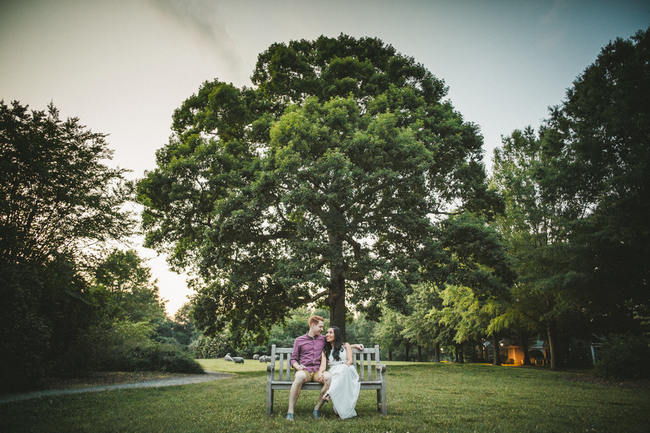 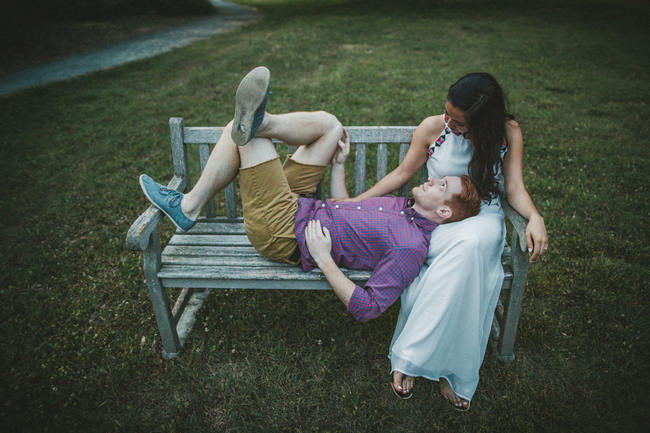 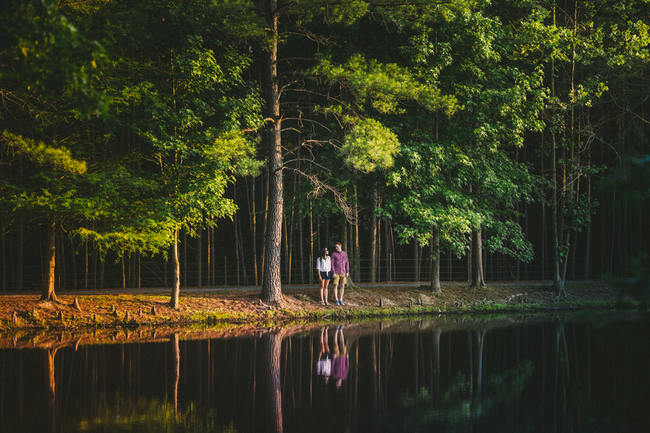 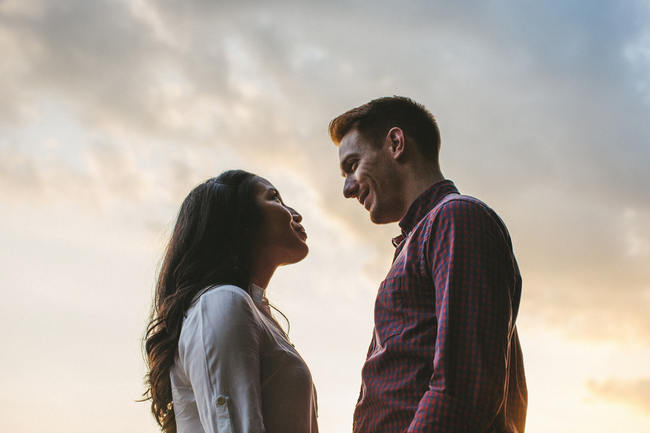 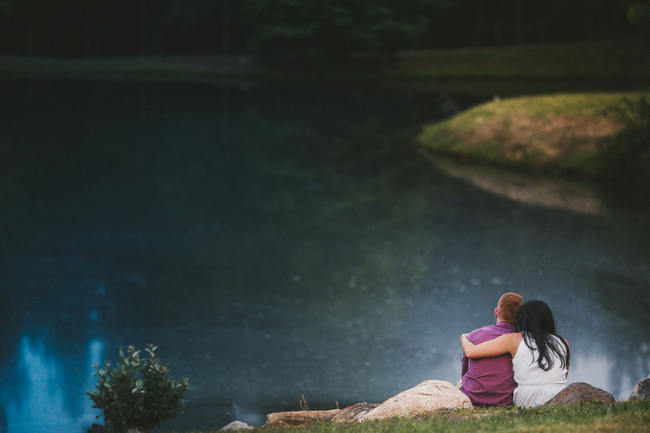 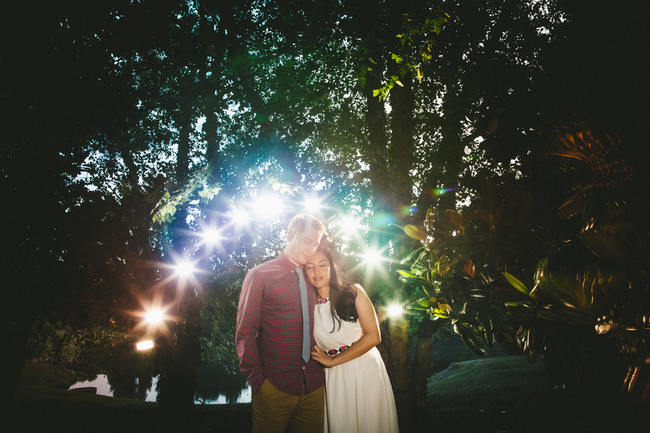 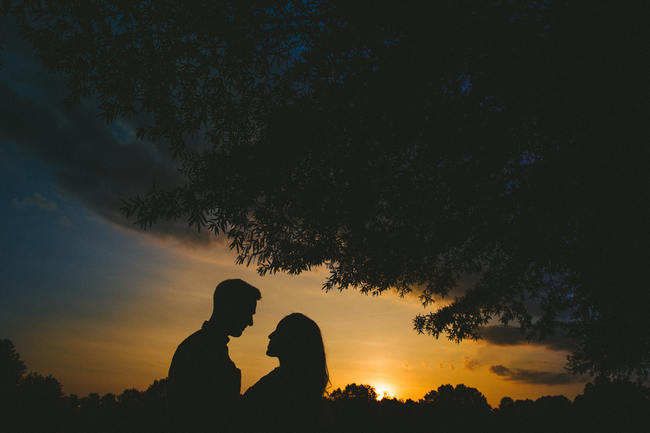 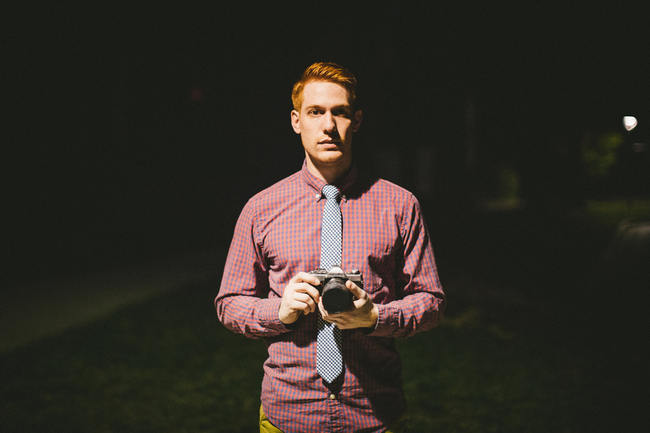 Love Story:
Lauren and Billy met in high school on Halloween night in 2003 at a small local show where Billy’s band was playing. Lauren was there with a mutual friend, who introduced them before the show. Before long, they started dating on December 19th, 2003. Being a year apart in school made the separation difficult when Billy went attended college in 2005, but it was only a year later that Lauren was soon to follow him to Virginia Tech. After they both graduated, Billy returned the favor and followed Lauren to Chapel Hill, North Carolina in 2010 where she attended UNC’s Pharmacy School. While there, Billy was motivated by Lauren to also pursue a higher degree at NC State in Structural Engineering. Shortly before Lauren’s graduation and the couple’s 10 year anniversary, they got engaged. After Lauren graduated, they both moved back to their home state of Virginia where Lauren is a Pharmacy Resident at Georgetown University Hospital and Billy works as a Project Engineer with The Genuario Companies.
One day in October 2013, the pair headed out to Blacksburg, VA for weekend getaway to an area filled with a lot of great hiking trails. Along the walk that the pair both love which ends in a dramatic waterfall, the Cascade Falls, Billy had Lauren step on to a more secluded area near the river. Here, in one of their favorite places, Billy asked Lauren to marry him using a very special ring that had been passed down in his family.

Okay, be honest – just how cute are these two?! Totally adorbs in my books! Thanks for sharing your Wes Anderson inspiration with us, Lauren and Billy. No surprise who’s movies I’ll probably end up watching this weekend… 🙂

PS. Want more engagement-sesh warm and fuzziness? Browse through all of our engagement shoots here.