Much fun was had during Crystal and Nolan’s rocking engagement shoot captured in April 2013 by photo-snapping genius, Duane Reed from Shirock Photography. Their e-shoot was as unique and love-filled as all of our other themed e-shoots, especially this vintage 1930s Themed Retro Love in Colorado {Engagement Shoot}.

Set outdoors in a yellow flower field blooming just in time for Spring, the engaged couple brought along their good looks, charm and guitars for their e-shoot, which ended up being a perfect reflection of their love for music and of course, for each other.

How they met: Crystal and Nolan were introduced to each other through the music scene by a mutual friend who had thought they might hit it off. Although they were drawn to each other and quickly became good friends, nothing developed as they were both in relationships at the time. Then one day, years later, when they both found themselves single, Nolan took a chance and asked Crystal out on a date! 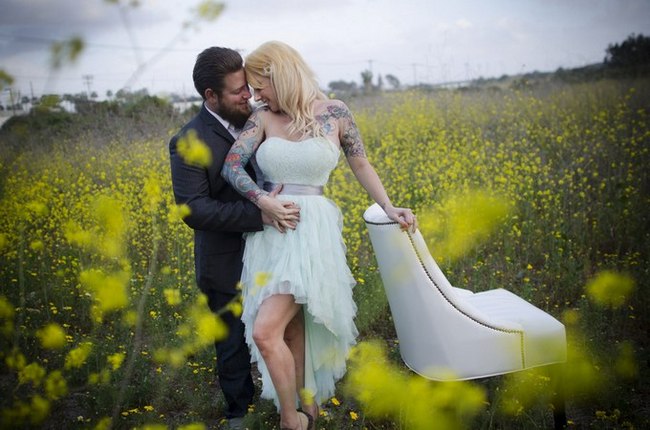 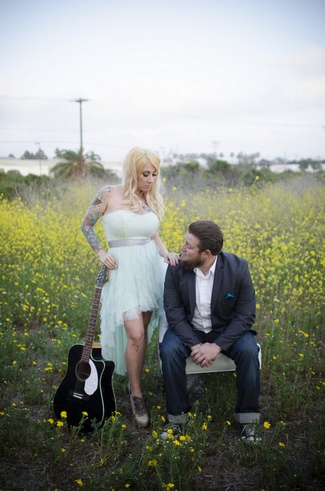 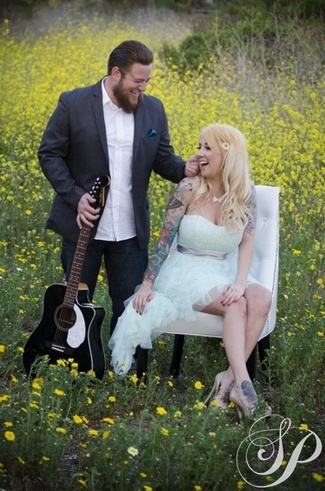 The story of their proposal: Nolan planned to propose in time for Christmas, however, as fate would have it, he popped the question a little earlier, on Christmas eve!

Shortly before midnight on Christmas eve while spending some time together, Nolan told Crystal that he had bought a new Christmas outfit for Frankie, their French bulldog. He left  the living room to fetch it and out came Frankie wearing a red bow and holly leaves attached to her collar with a bell! Running towards Crystal, Frankie caused her jaw to drop in surprise by the gorgeous engagement ring attached to the bow! Nolan appeared in perfect timing and told Crystal, “I want to grow old with you, will you marry me???” In response, Crystal cried many happy tears and said YES! 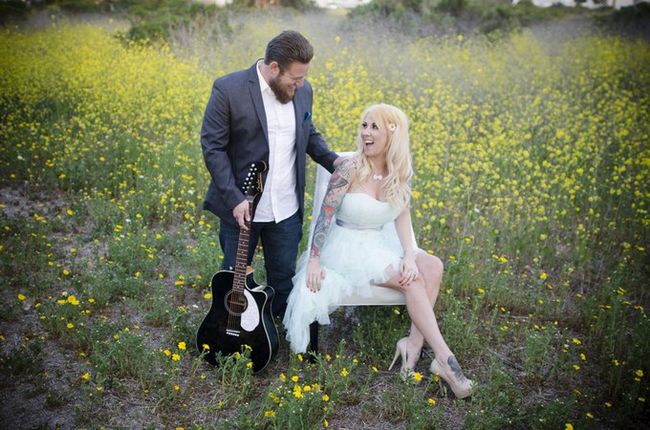 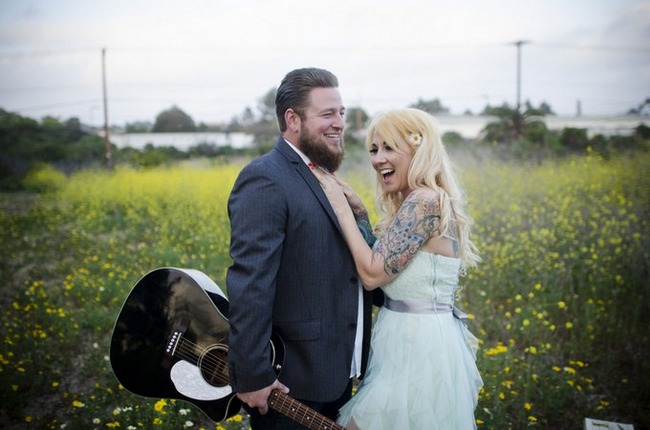 Inspiration for their E-Shoot: Crystal and Nolan’s love for all things country had to be a part of their engagement session. Not only do these two appreciate country and rock n’ roll but they also play it! Sharing a strong musical bond, the couple were brought together by their love for writing music and performing together and wanted to show this in the engagement shoot. 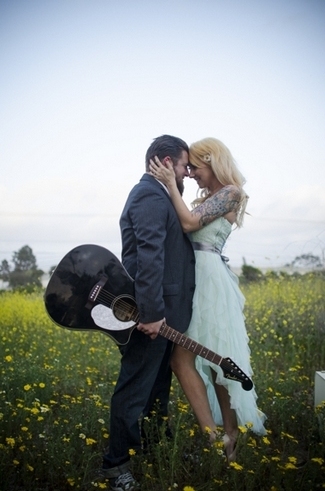 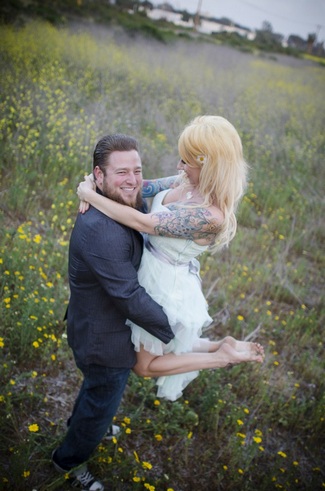 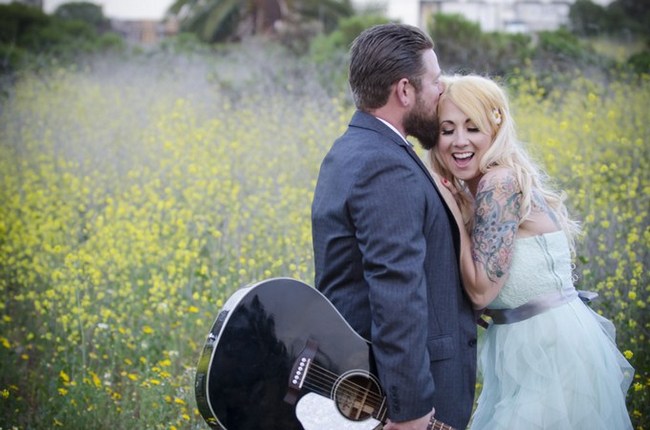 In addition to singing, songwriting and guitar playing, Crystal and Nolan love being amazing fiancés to each other and French bulldog parents to their dog, Frankenstein! 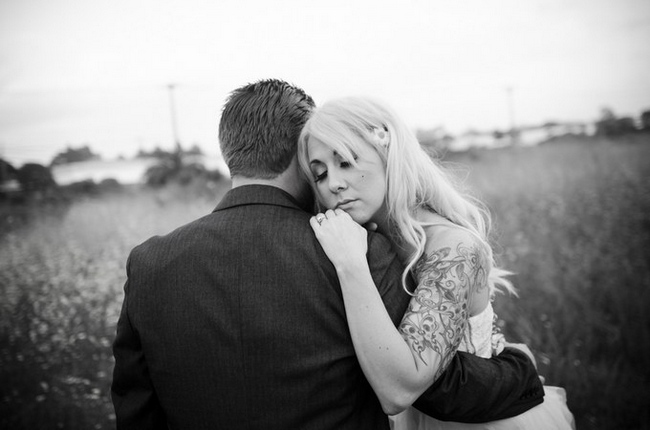 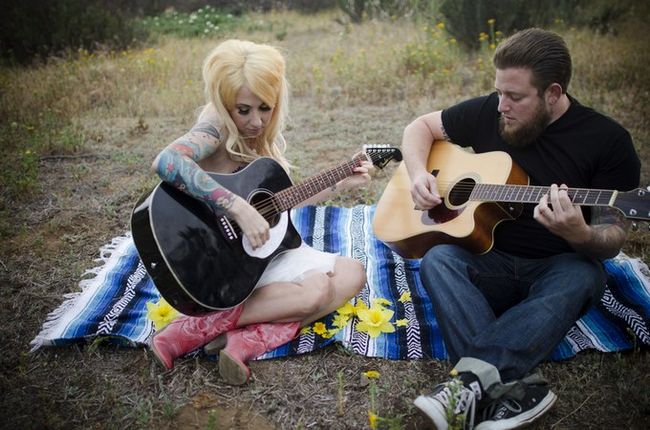 While sitting on a bright picnic blanket scattered with yellow flowers, the couple played their guitars together until the sun set. 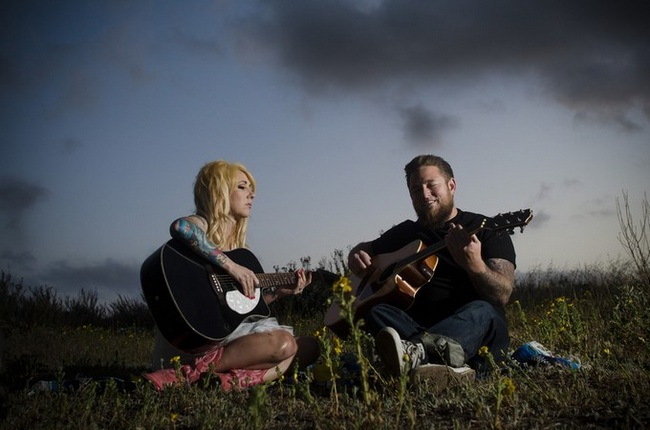 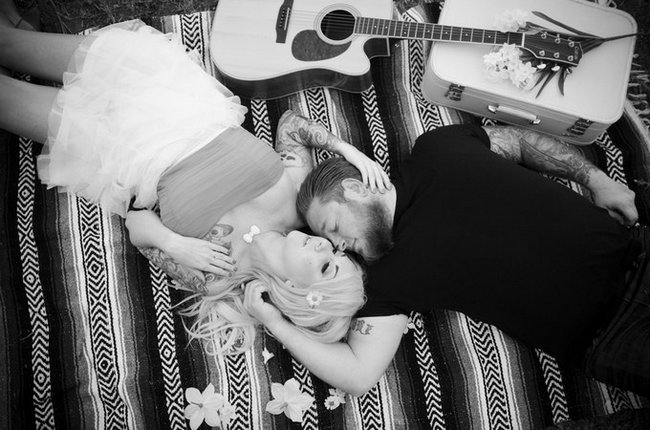 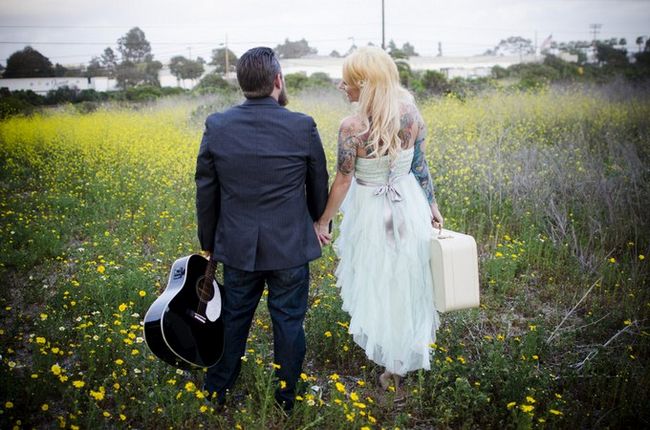 The engaged pair continue on their adventure exploring their passion for music and different art forms, as well as enjoying new food and new places together! They are incredibly excited to share their love of music and food in the celebration of their union later this year in September.

To recreate a rocking e-shoot such as Crystal and Nolan’s, grab together a chair, vintage suitcase, blanket and your musical instruments to stage a photo shoot that uniquely celebrates your engagement! For more musical e-shoot inspiration, check out Loz and Mark’s Swing Dance in the City {Bristol E-Shoot}.