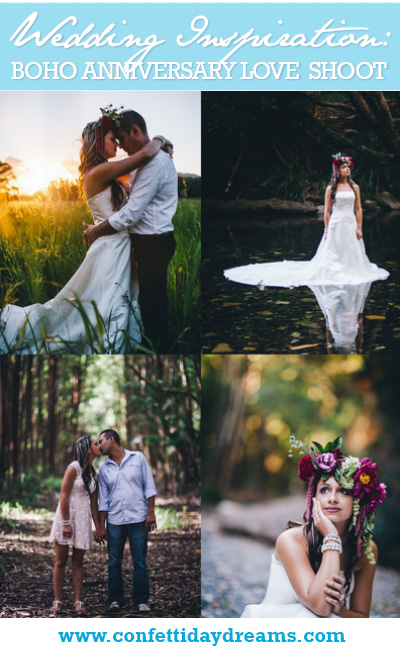 On this celebrated day of love, what sweeter way to get into the mood for romance than with an inspiring love shoot in celebration of a gorgeous couple’s wedding anniversary?

In fact, it doesn’t get much sweeter than this. Goosebumps are ensured by this gorgeous Bohemian Anniversary Love Shoot captured in celebration of Moe and Michelle’s five year wedding anniversary. Sweet eh? After 5 years together, these photo’s were taken to mark their journey together thus far: their marriage and their two beautiful children.

Filled with floral crown fantasies, tall grassy fields and the serenity of flowing waters in the beautiful forest surroundings of NSW, Australia, grab an eyeful of their love shoot captured by photographer, Beth Fernley. 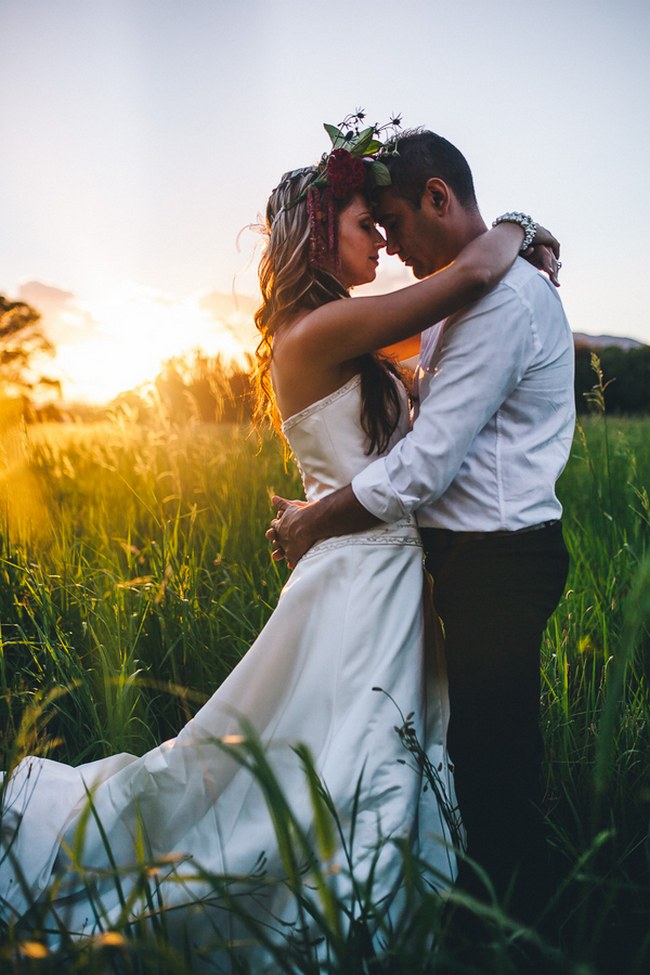 How it all began: It is actually a funny story. I had met Mo’s whole family before we even knew each other existed. I was working at his cousin’s cafe and was invited to come along to his cousins 18th skirmish expedition, which was where I first met Moe. Afterward, I began to see him around at the cafe and asked his cousin if  he had a girlfriend or was dating anyone. He wasn’t, and decided to take it upon himself to tell Moe that I was interested and that we should go out on a date to get to know each other. (I was so embarrassed!)

Moe and I exchanged numbers and long story short, we quickly started spending everyday together and have been ever since. Five years on and we are still so much in love and have two very beautiful kids together. 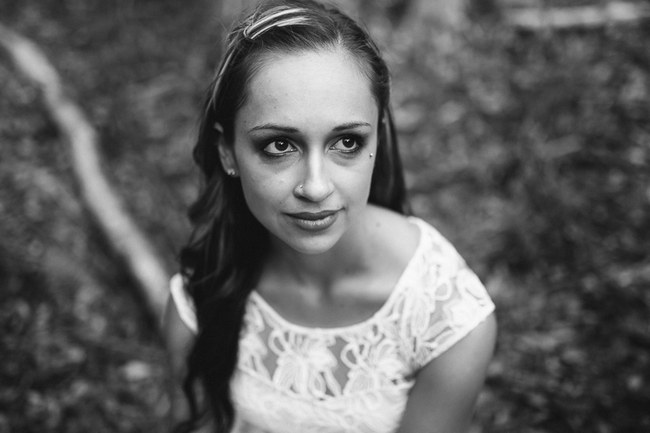 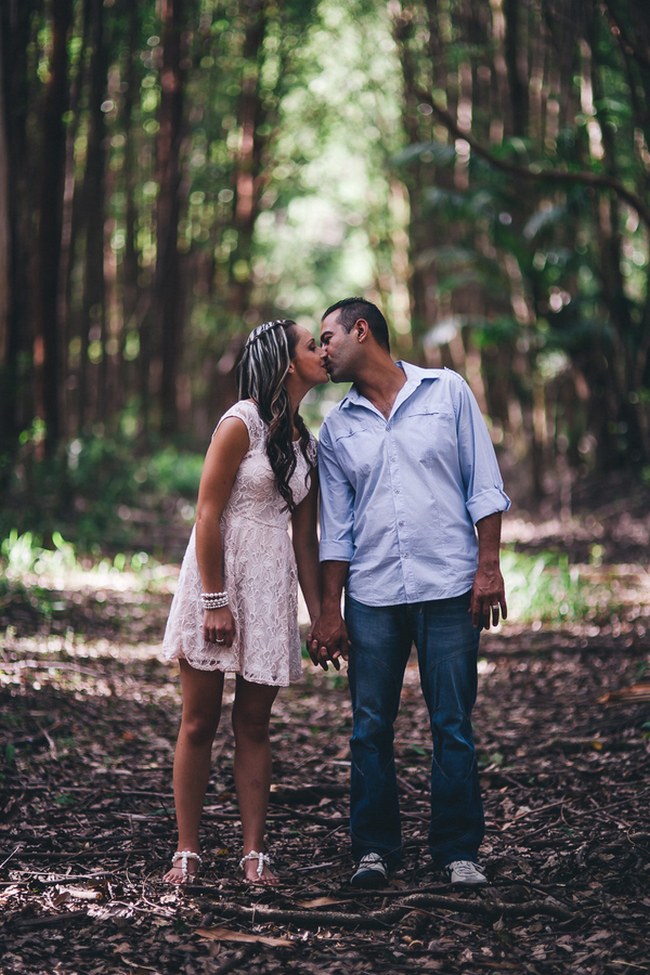 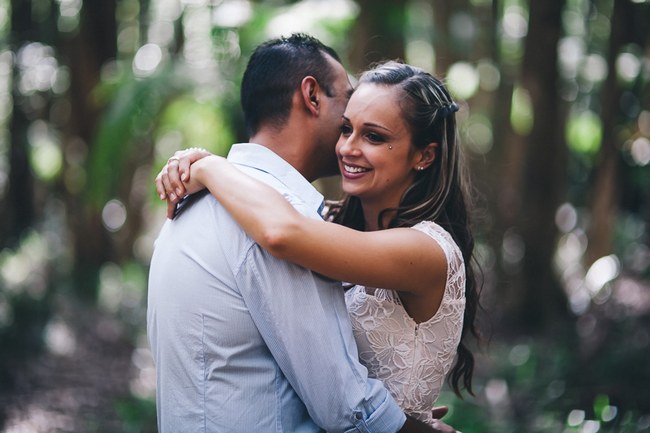 When our 5 year wedding anniversary was coming up I contacted Beth so we could take some beautiful photos in my dress again. I decided I wanted to do an anniversary shoot because I knew Beth’s type of photography and I knew she would capture the essence of our love and make us look amazing again. I also thought it would be the perfect opportunity to wear my wedding dress again. The photos have actually turned out more amazing than our actual wedding photos. I can’t even put into words how happy we are with what Beth has given us. 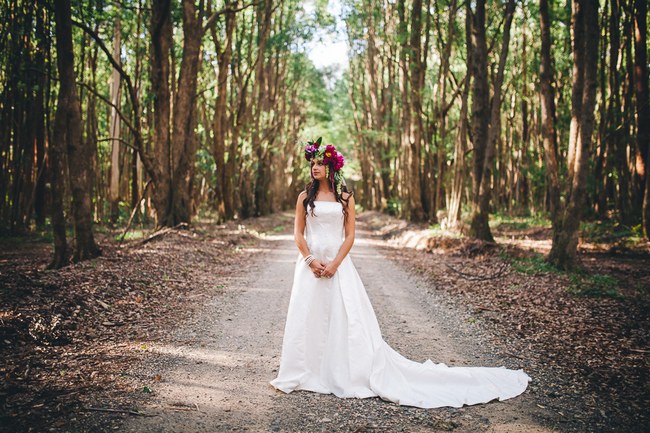 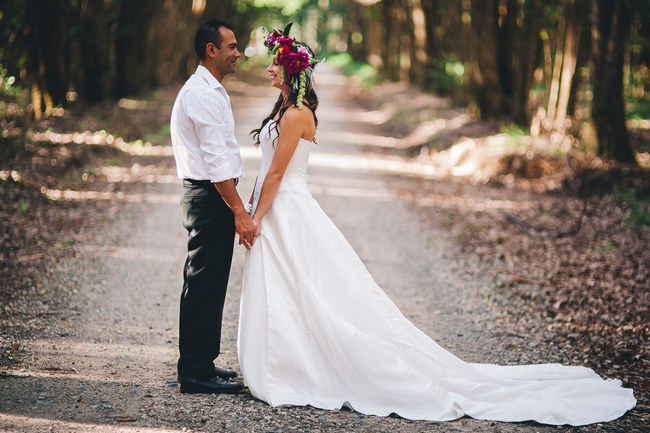 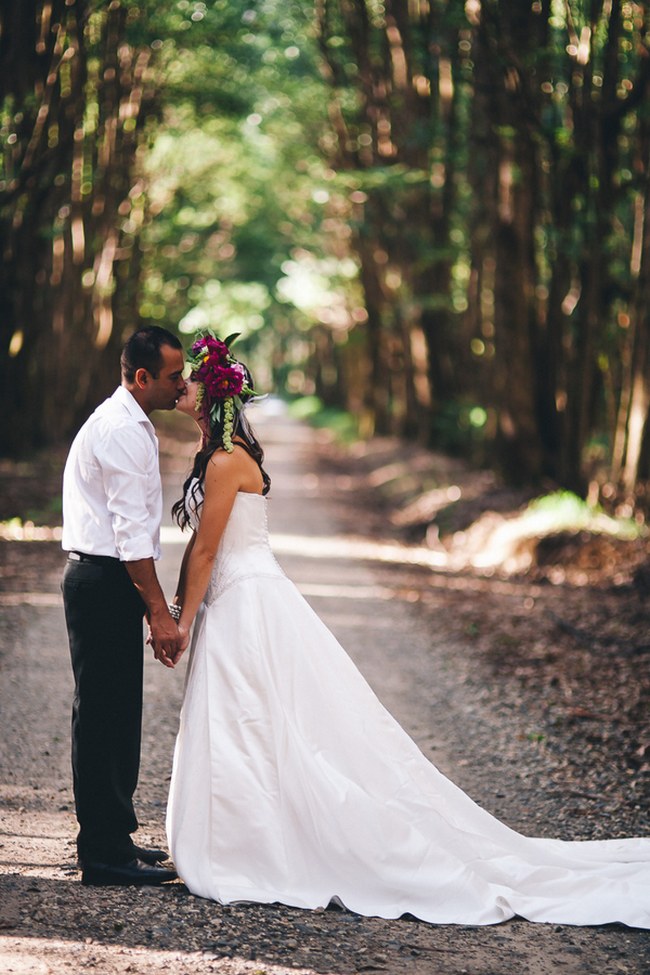 Bohemian Anniversary Love Shoot Setting: A stroll through the forests provided a backdrop of intimacy and seclusion for the couple. Later, a flowing stream of water provided a dramatic setting for capturing a series of romantic and picturesque scenes. 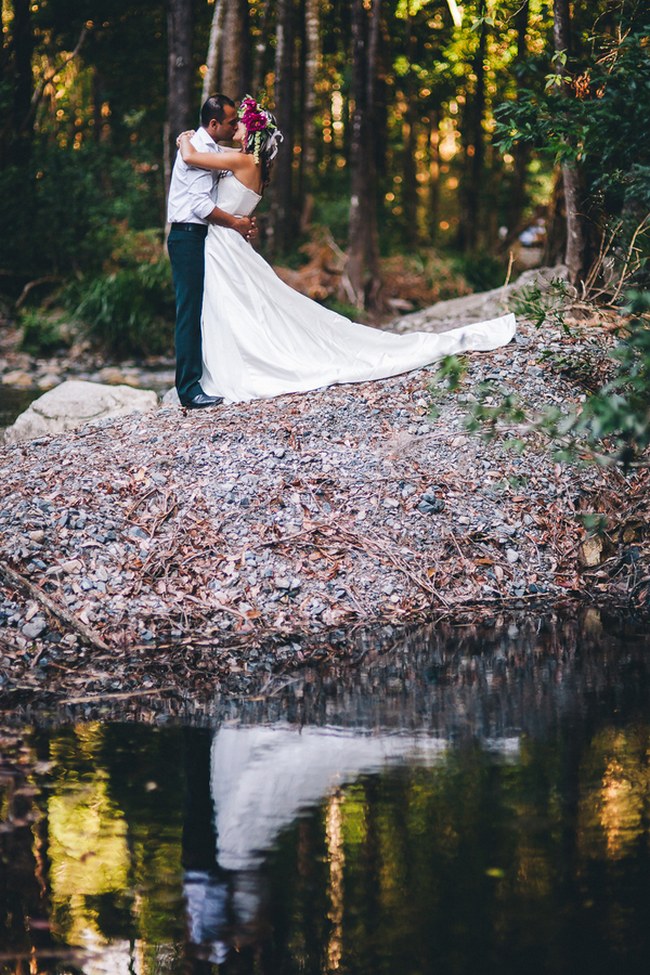 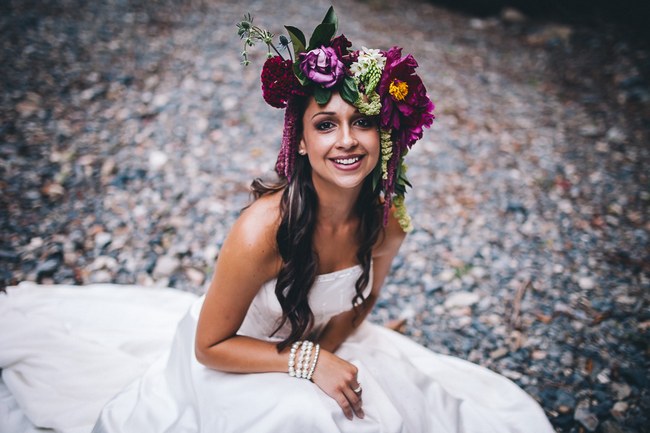 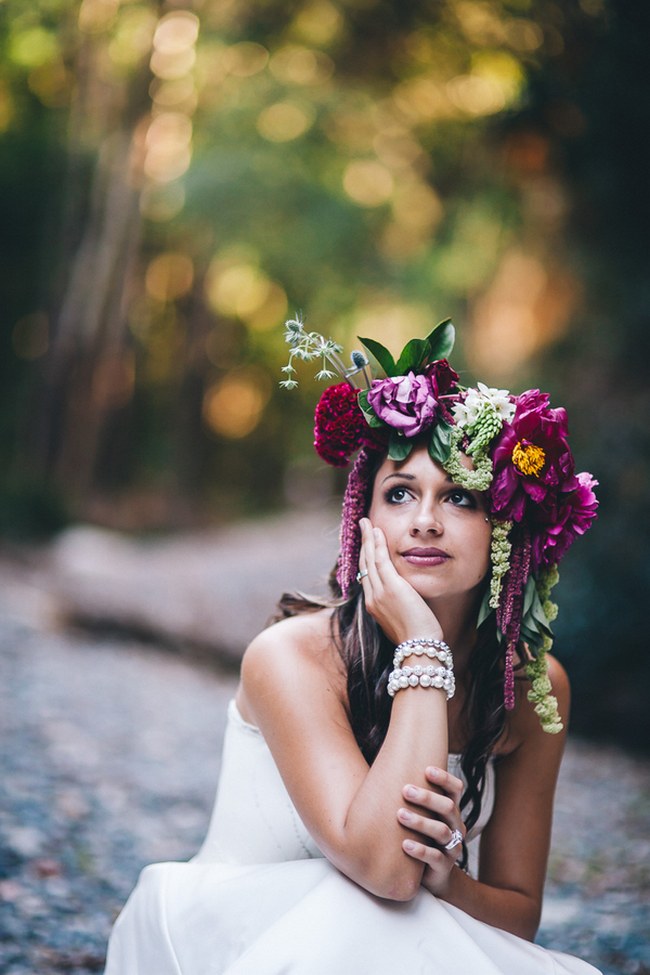 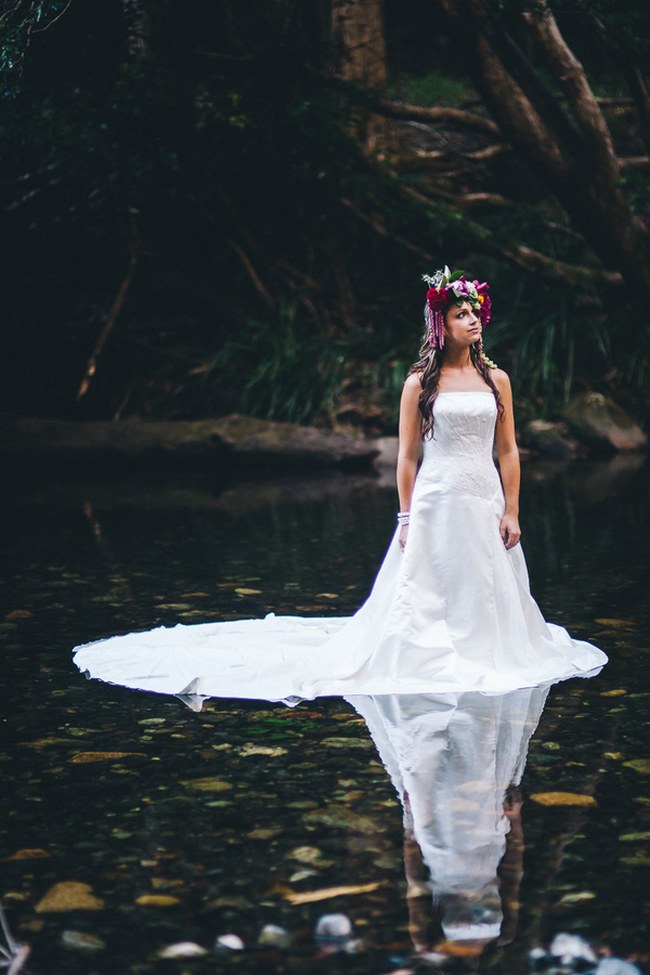 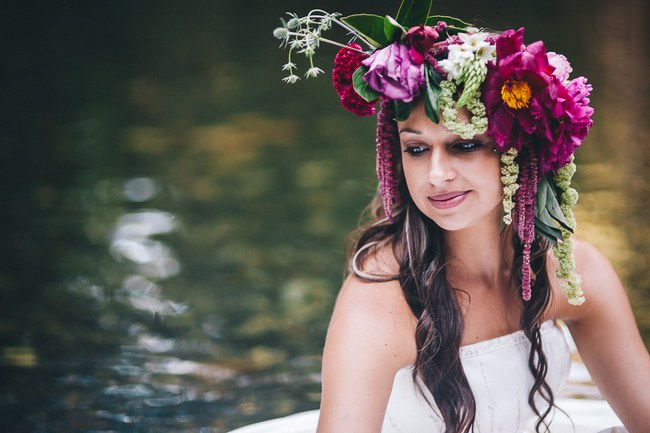 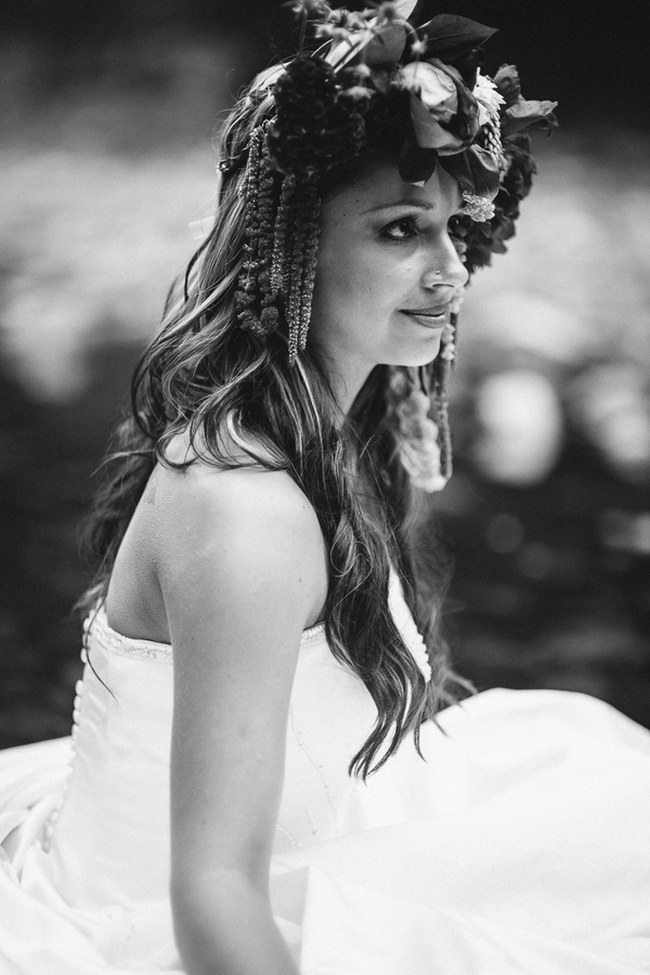 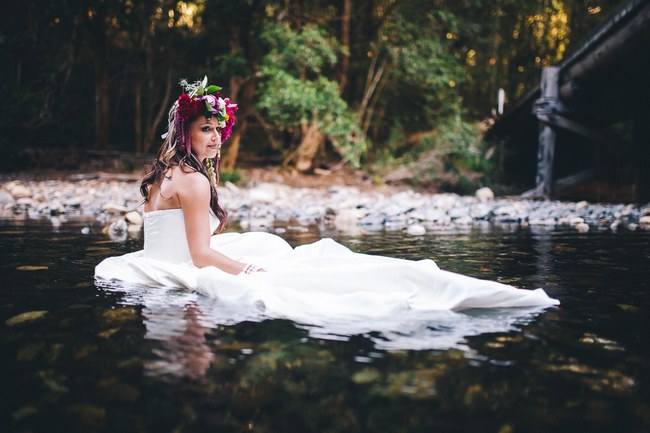 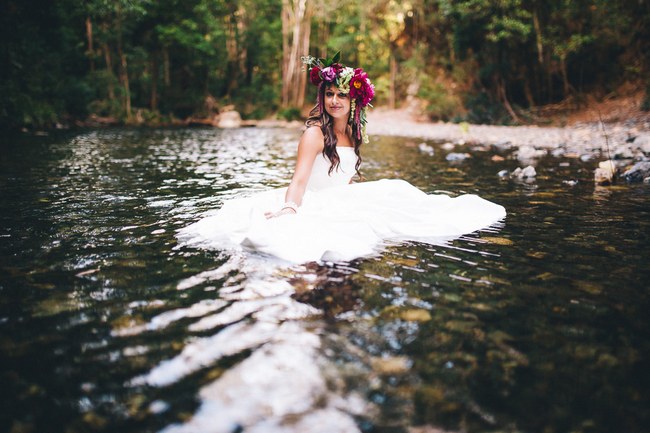 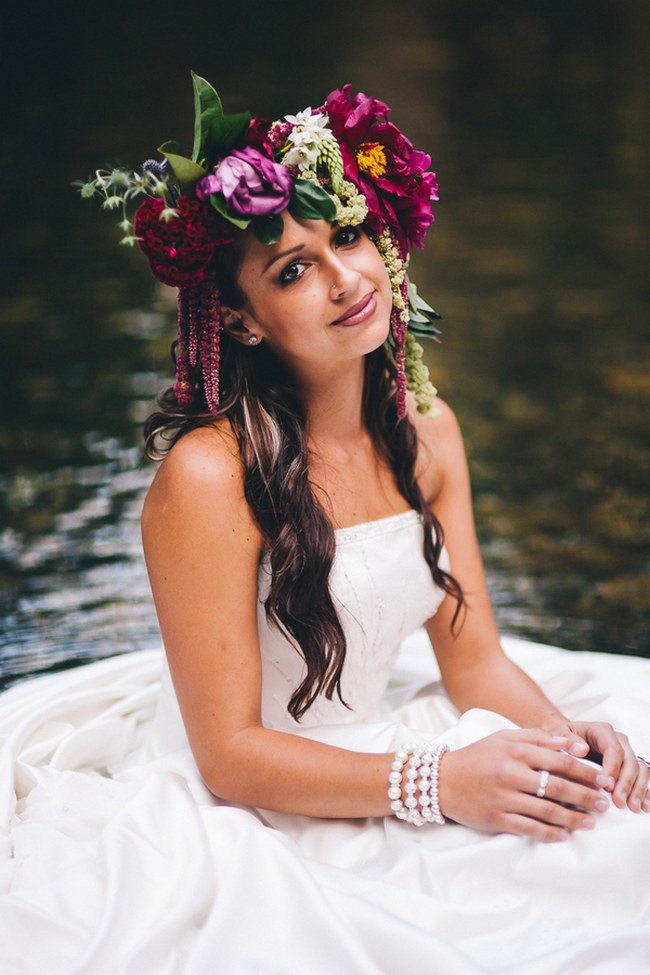 Bohemian Floral Crown: To add an usual boho touch to her bridal look, Michelle wore a floral crown that stole the show. With an array of luscious blooms in bold colours, this statement headpiece accessory replaced the need for a traditional handheld bouquet and provided a burst of colour to her overall bridal look. These 20 Floral Bridal Crowns & Flower Wreaths {Trendy Tuesday} is a must-see collection of flower crowns, with one for bride, engaged or married! 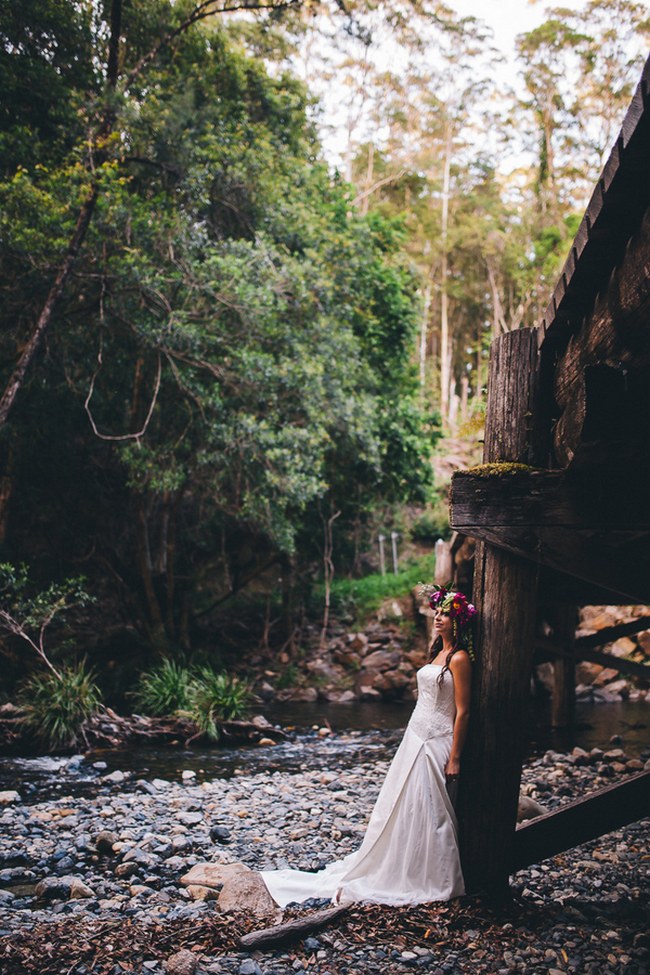 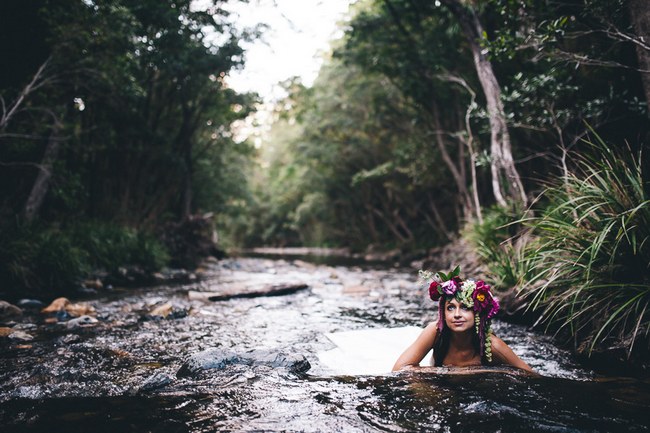 The final stop of their bohemian anniversary love shoot took them to a spacious field of tall grass that swayed in the wind. With the sun setting in the background, this grassy field setting offered Moe and Michelle incredible photo opportunities. Sunlight from the setting sun was caught streaming through the tall grass fields while the couple enjoyed a few final embraces before the end of their photo session. 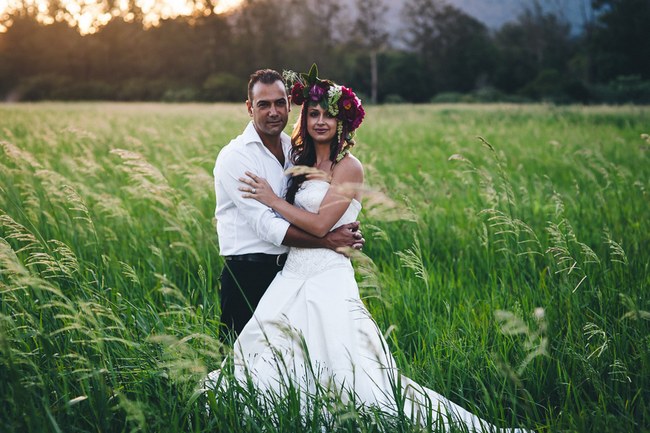 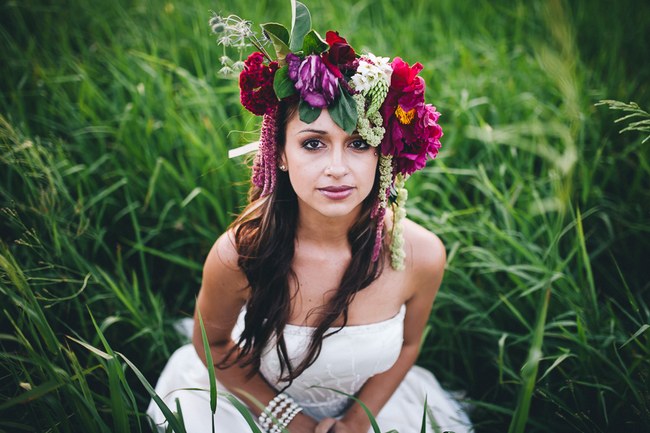 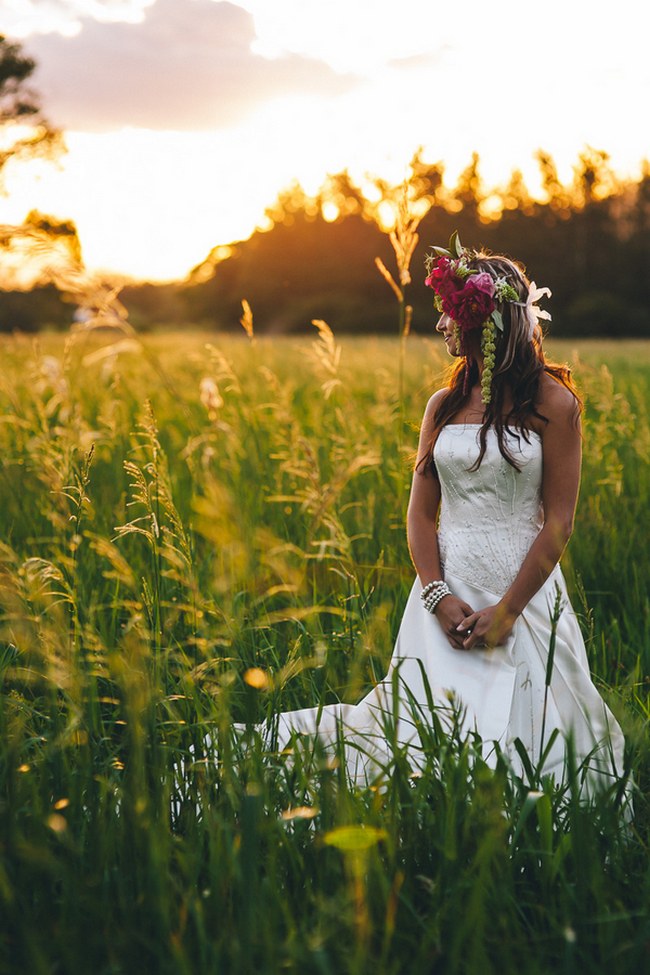 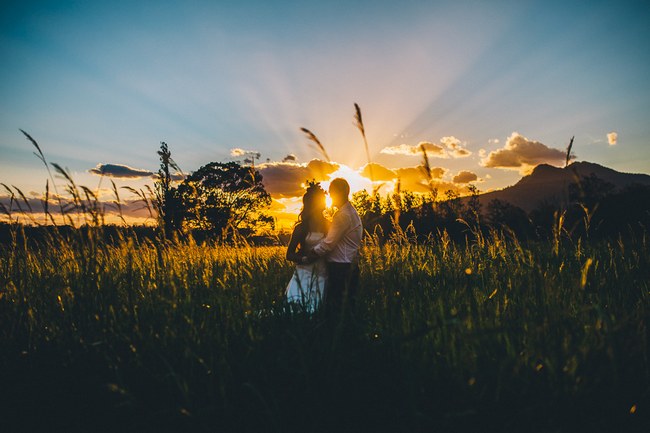 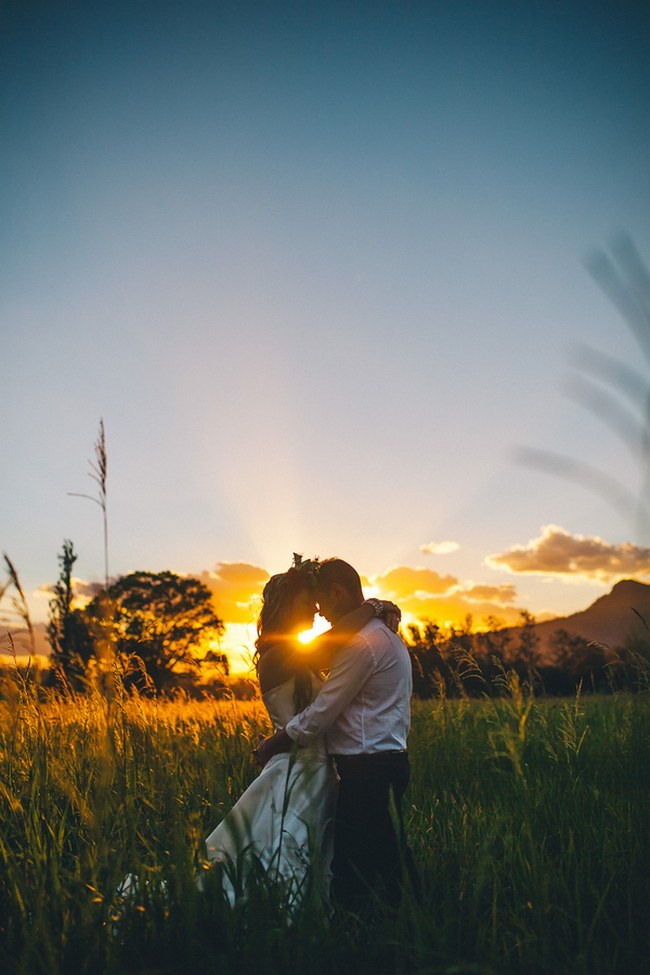 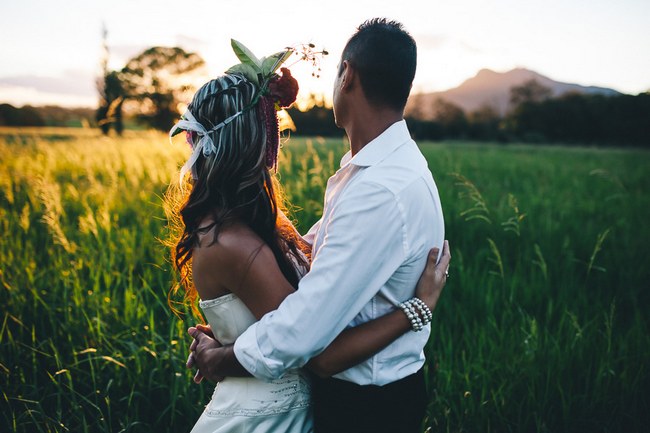 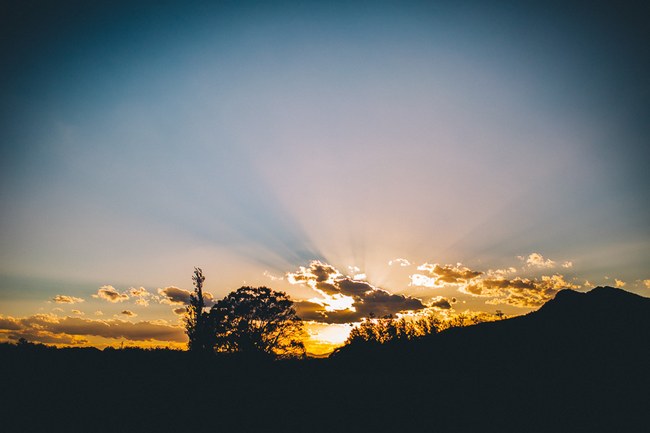 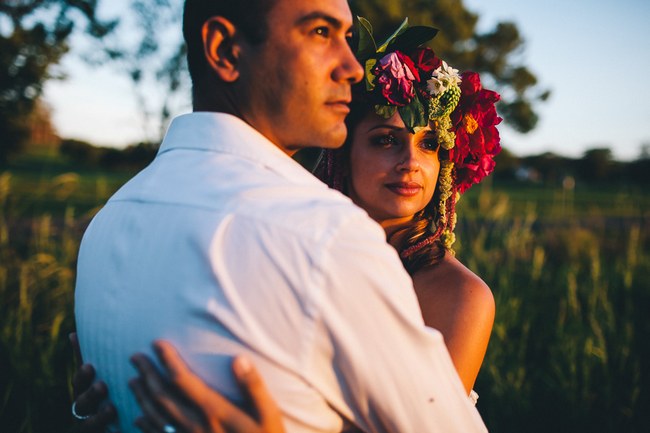 Whether you’re celebrating your relationship, an engagement or a wedding anniversary, find more love shoot inspiration by checking out this Fields of Love Shoot – Outdoor Engagement Session. And if you’re searching for an extra special gift for your fiance or hubbie, then peek at the ideas found in this Vintage Seduction Boudoir Shoot, which will be sure to blow him away!