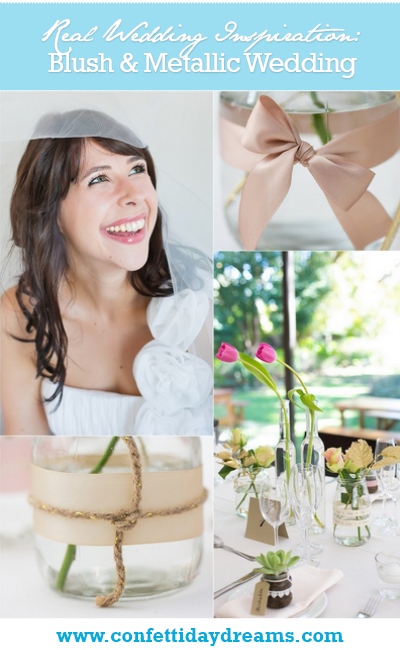 On a beautiful Autumn day, newlywed’s Ilne and Estian celebrated their union at the lovely Hathersage House wedding venue based just outside of Cape Town. Rather than focusing on a specific wedding theme, they created a warm atmosphere that was natural, relaxed and a little bit rustic. Apart from the couple, romance was in the air thanks to the feminine mix of soft pink, blush, cream and gold hues. Their wedding was overflowing with DIY projects from their wedding favours and stationery to their table decor, which is a subtler take on this dose of Metallic & Blush Vintage Tablescape Wedding Inspiration.

The day was an intimate and  amazing affair that started outdoors beneath a giant tree, before moving indoors to a haven of wedding reception prettiness! Lucky for us, photographer Christene de Coning was called on to capture the good time that was had by all. Take a look!

Ilne’s romantic bridal look was natural, feminine and oh so pretty! Her wedding dress was a simple ivory chiffon one-shoulder A-line gown with an empire waist and chiffon rose detailing over the shoulder. She wore her long hair down in flowing curls and kept her make-up soft and natural with a palette of warm pinks, browns and a hint of gold. 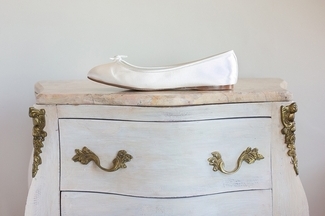 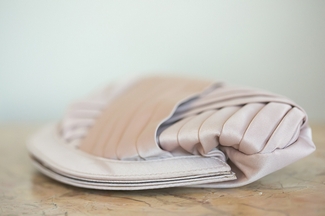 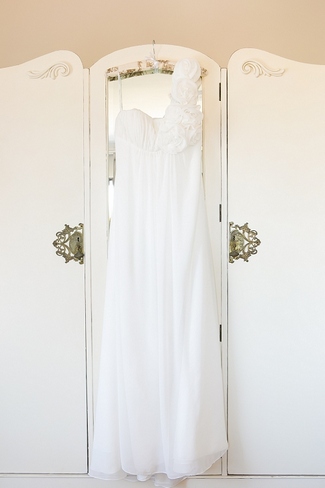 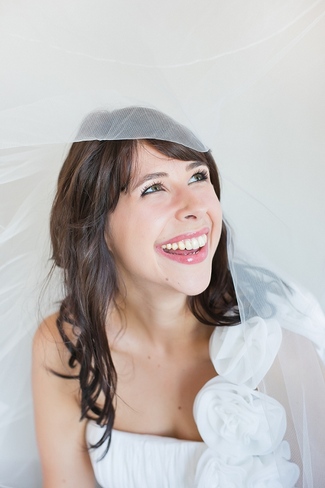 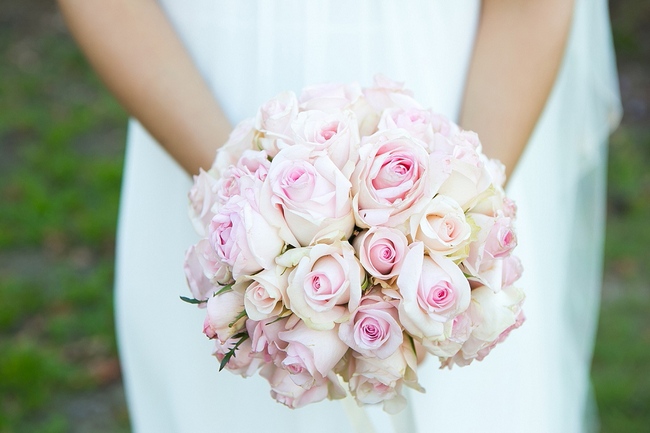 (Above) The bouquets were kept simple.  Ilne carried a bouquet of light pink roses with a long ivory ribbon. 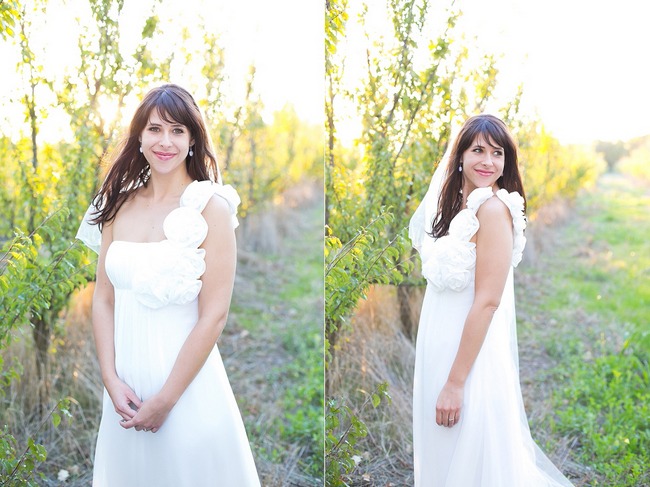 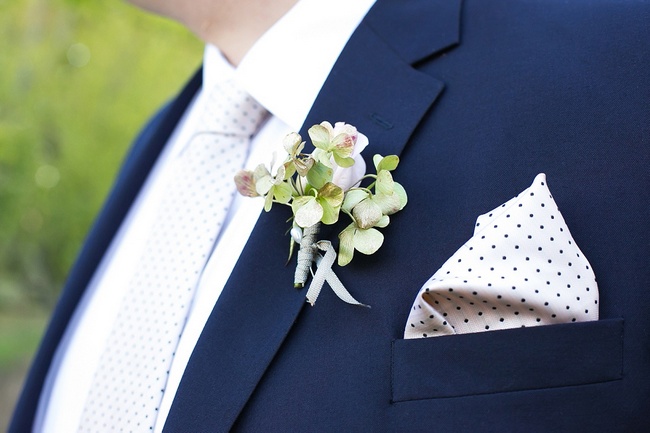 (Above) The groom wore a navy suit with a crisp white shirt and his tie and pocket square were both champagne gold with tiny navy dots. 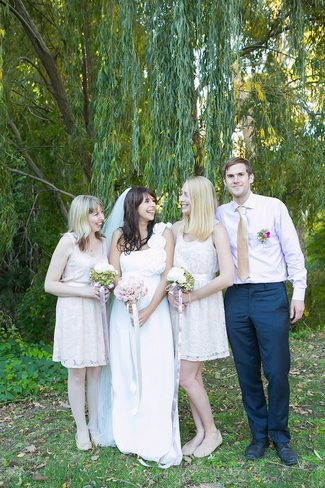 (Left) The rest of the bridal party blended in naturally with the newlyweds.

The bridesmaid’s look was kept simple, natural and feminine; they wore soft, sleeveless, above-the-knee light pink and nude dresses with matching coloured ballet pumps. They each carried a bouquet of cream roses and sprigs of hydrangea touched with gold and tied with a long mink-coloured ribbon trailing down.

The groomsmen wore black suits with white shirts and plain champagne gold ties and pocket squares. Boutonnières were made up of single roses and sprigs of hydrangea touched with gold and tied with twine. 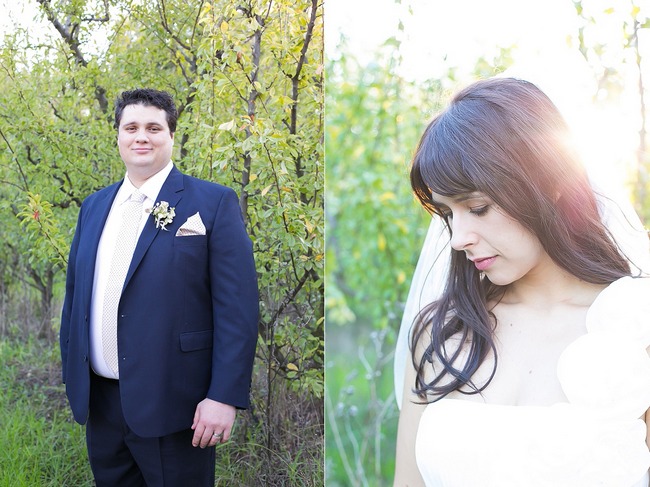 Their wedding ceremony was held outdoors in a garden beneath the shade of a large old tree, the perfect place to exchange their wedding vows! The couple wrote their own vows. Ilne tells us that Estian’s vows were so special that it was her favourite moment of their wedding. Instead of a traditional wedding march, Estian chose the aisle song, Everything by Lifehouse, for the ceremony as a surprise. On the morning of the wedding, he decided last minute that he wanted to print out the words to the song to place on each seat for our guests to read, so as he was driving to the wedding venue, he had his groomsman were found cutting out the words with a pair of scissors in the car! What also made their day special was when one of Ilne’s bridesmaids played Peter Gabriel’s The Book of Love on her violin after they had signed the register. 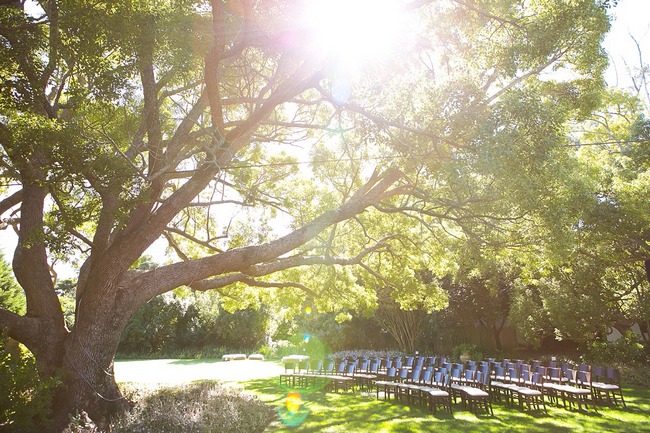 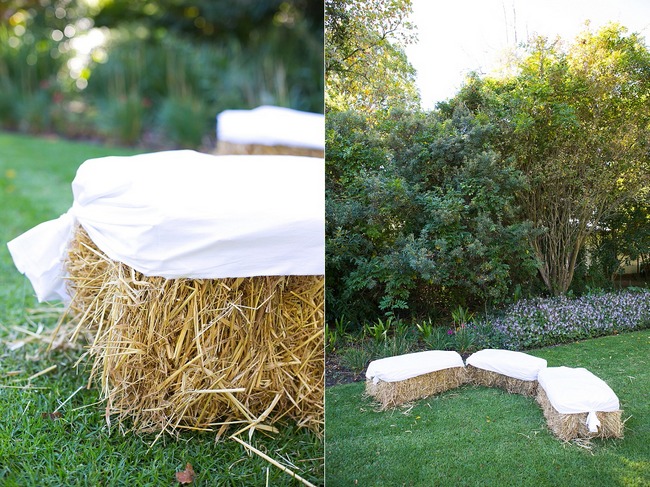 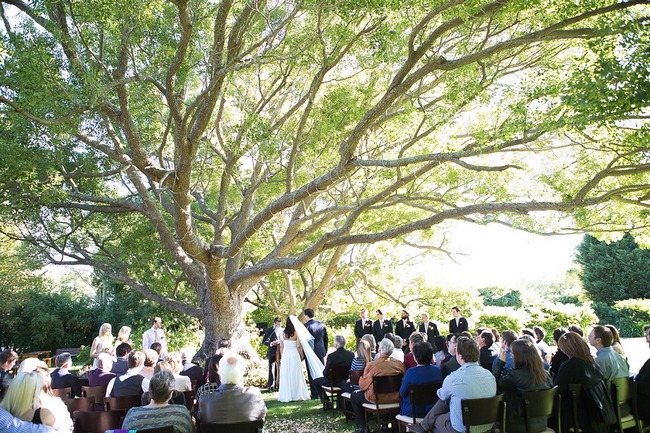 (Above) As the ceremony was held outdoors, they skipped the floral decor and instead opted for variegated pitto-sporum leaves which are tinged with pink and strewn down the aisle along with a few flower petals.

Estian and Ilne’s love story is a long, yet sweet one! Having met at university at a mutual friend’s birthday party where he talked so much, Ilne was so intrigued by him, she just listened. A couple of weeks later, they ran into each other at a lecture and afterwards went for coffee and got to know each other a little better. A month later, Estian invited her to his own birthday party. She hadn’t arrived at the party yet, so he called to find out if she was still coming and although she wanted to go, somehow she couldn’t get there by herself so he came and fetched her from her residence and walked her all the way to the venue to make sure that she’d be there. As fate would have it, she forgot her jacket and as they were sitting outside, he gallantly took it upon himself to keep her warm and ordered his roommate to bring her a jacket. By the time the jacket arrived, she had no more need for it as he was holding her so tightly and didn’t let go! Their love for each other grew over time and withstood the whirlwind that was university where they became best friends and soul mates and have now been together for 8 years. 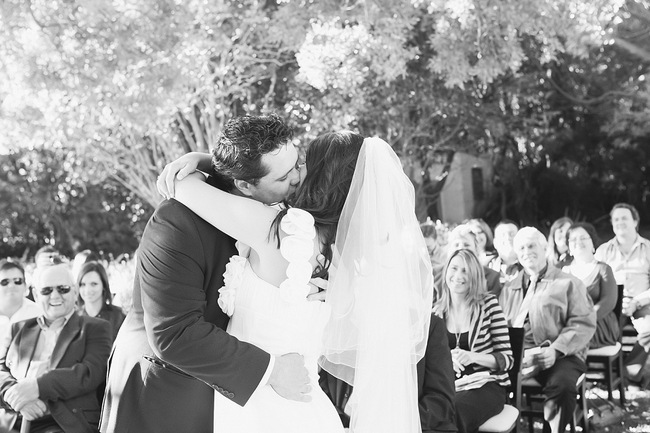 The Tale Of Their Proposal

Ilne retells Estian’s special proposal: “We went to Estian’s parents’ farm for the weekend and on the evening of our arrival on the farm, after dinner, Estian took me outside to a bench on the porch to give me my “gift”. He organised his proposal around one of my favourite songs – The Book of Love by Peter Gabriel. He painted a wooden box to look like a big old book and inside he placed a series of letters containing gift certificates, each relating to a line in the song. In the final letter he wrote how he felt about me and ended with the last line of the song: You should give me wedding rings. As I read it he went down on one knee and presented me with the ring and asked me to be his wife.” 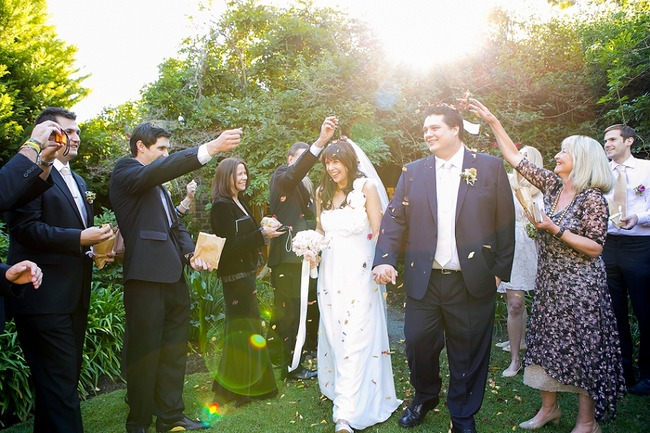 (Above) For the confetti, the mother of the groom dried loads of rose petals, which Ilne’s dad, uncle and man of honour used to fill little brown paper bag parcels, which they tied with ribbon and placed on the guest’s seats at the ceremony. 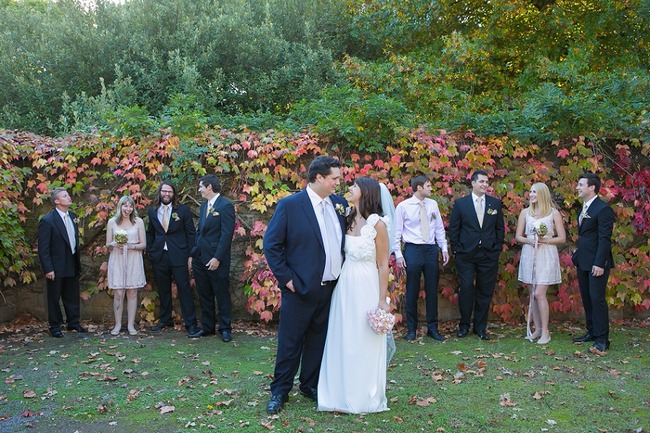 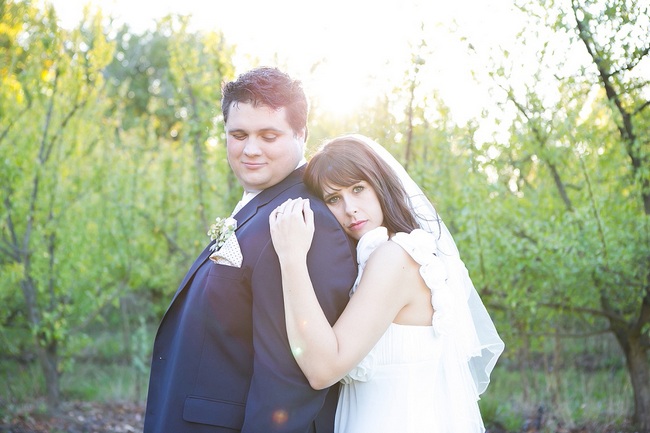 Because the wedding was very natural, décor was kept to a minimum. Cream table linens and simple place settings with a little cactus rose in a glass pot were presented at each setting. 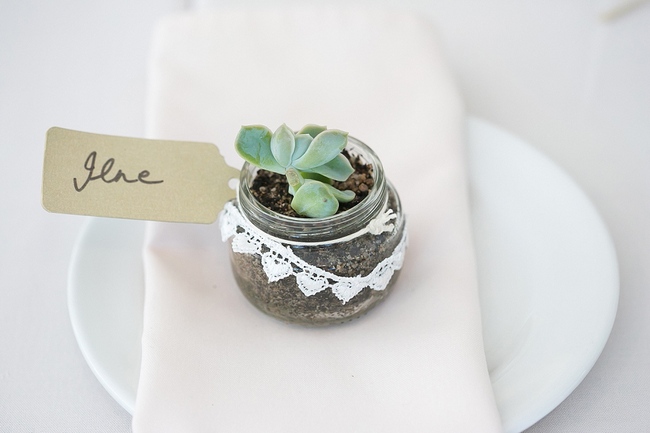 (Above) The wedding favours were little cactus roses planted in glass jars, with ribbon wrapped around them and little golden “Thank you” tags tied to them with each guest’s name on the reverse of the tag so they conveniently doubled up as place cards as part of the table settings. 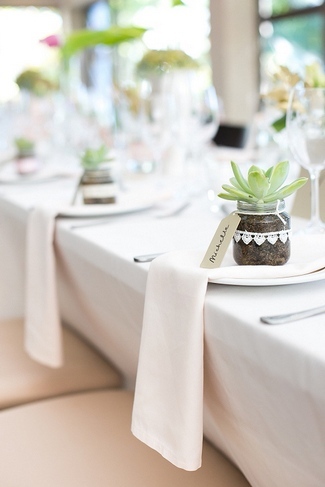 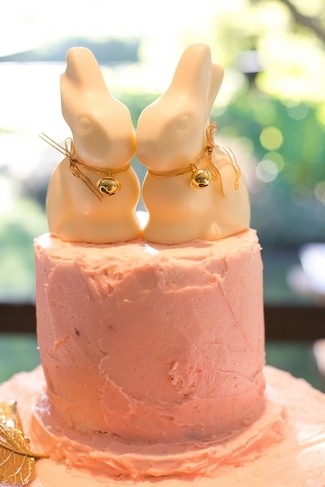 (Above Right) The wedding cake was a decadent three-tiered red velvet cake with blush pink-tinged cream cheese frosting that was decorated with golden leaves and topped with two yummy Lindt white chocolate bunnies for a quirky touch! 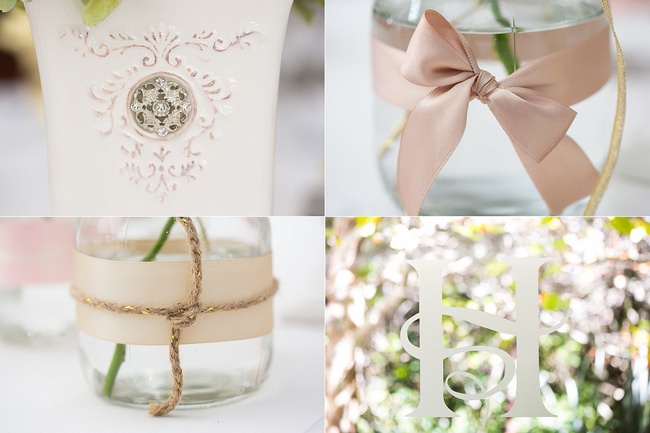 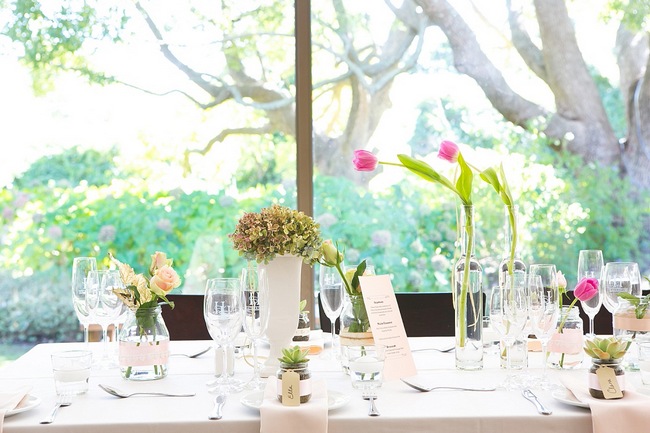 (Above) Their wedding flowers were a causal arrangement of pink tulips, blush pink and cream roses, hydrangeas and leaves touched with gold. Flowers were arranged in glass jars and cream ceramic vases to create a ‘just-picked’ natural look. Long-stemmed pink tulips were placed in tall glass bottles to create some height and acted as a focal point on the tables among the many mini glass pots of floating candles. 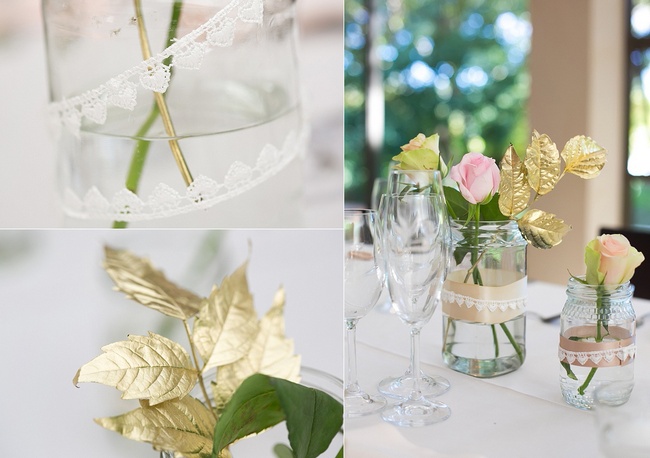 (Above) They also decorated glass jars with ribbons to use as candle holders and vases for flowers on the tables. 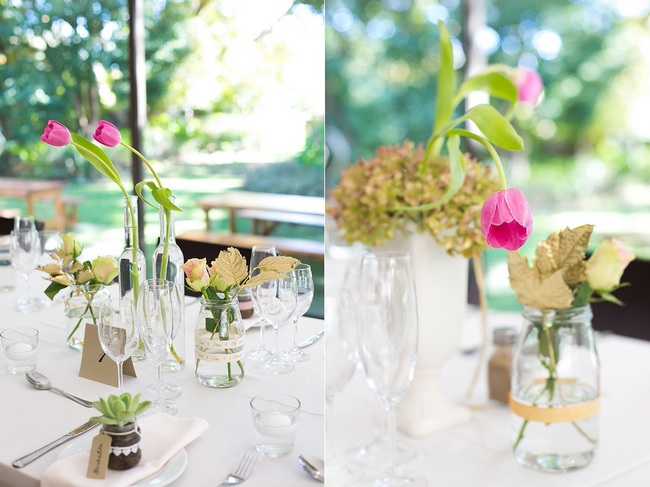 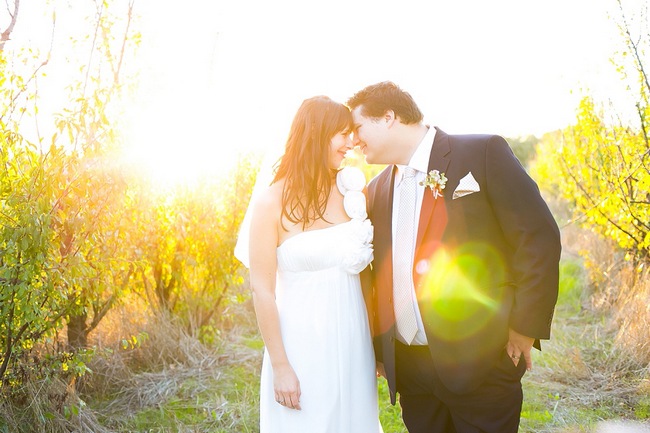 Beautiful, hey? Our thoughts exactly. We absoulutely love it when real brides pull off their own showstopping, toe-curling and smile-inducing wedding day armed with a bag full of ideas and a team of loved ones and awesome wedding vendors to help them pull it all off. Check out this Cape Town West Coast Beach Party Wedding {Sea Trader} with metallic and rustic touches that were perfect for the oceanside setting.