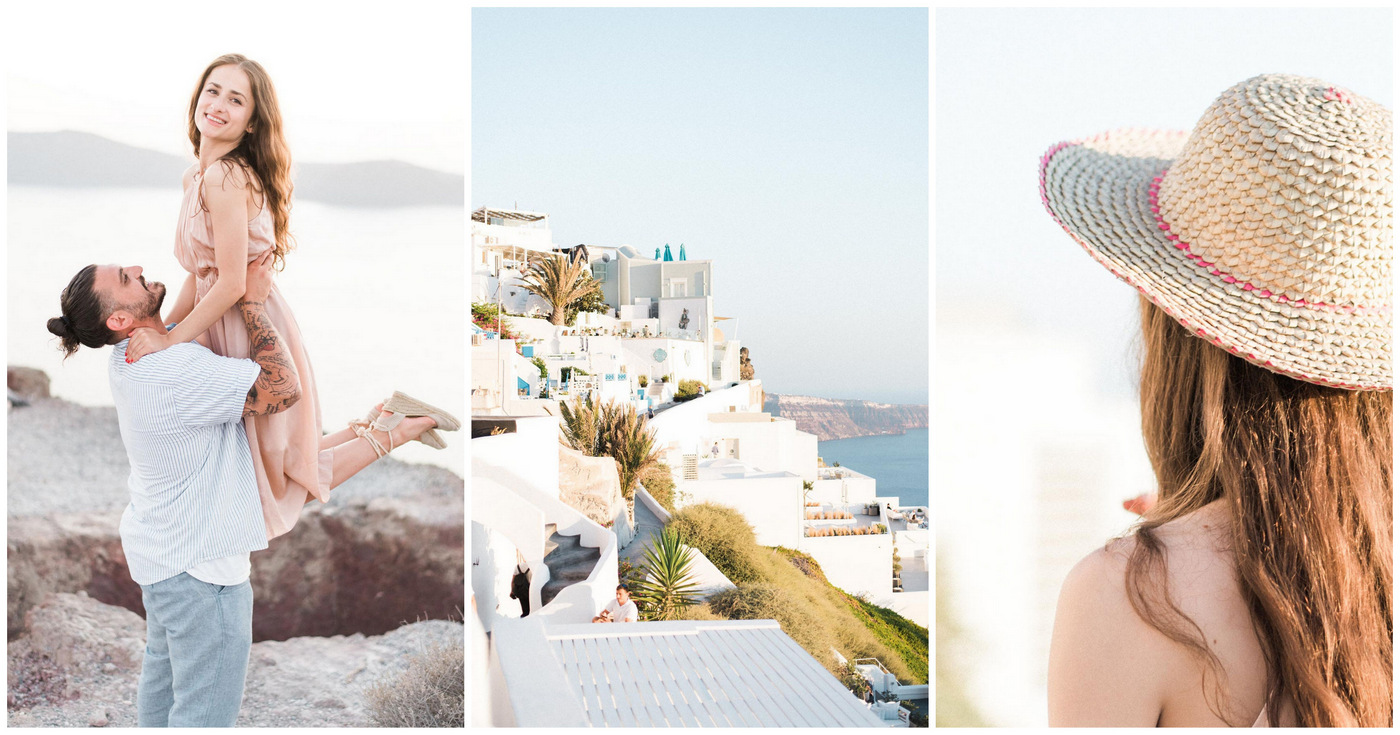 We’re told by George that each Greek island has its very own character that sparkles with magic, which one can only truly understand by visiting them. I mean, if that doesn’t sounds like a reason to add loads of beautiful Greek islands to your travel bucket list, then I don’t know what does!

Make sure you read on for George’s tips for planning a photoshoot in Santorini of your own. We’re obsessed! 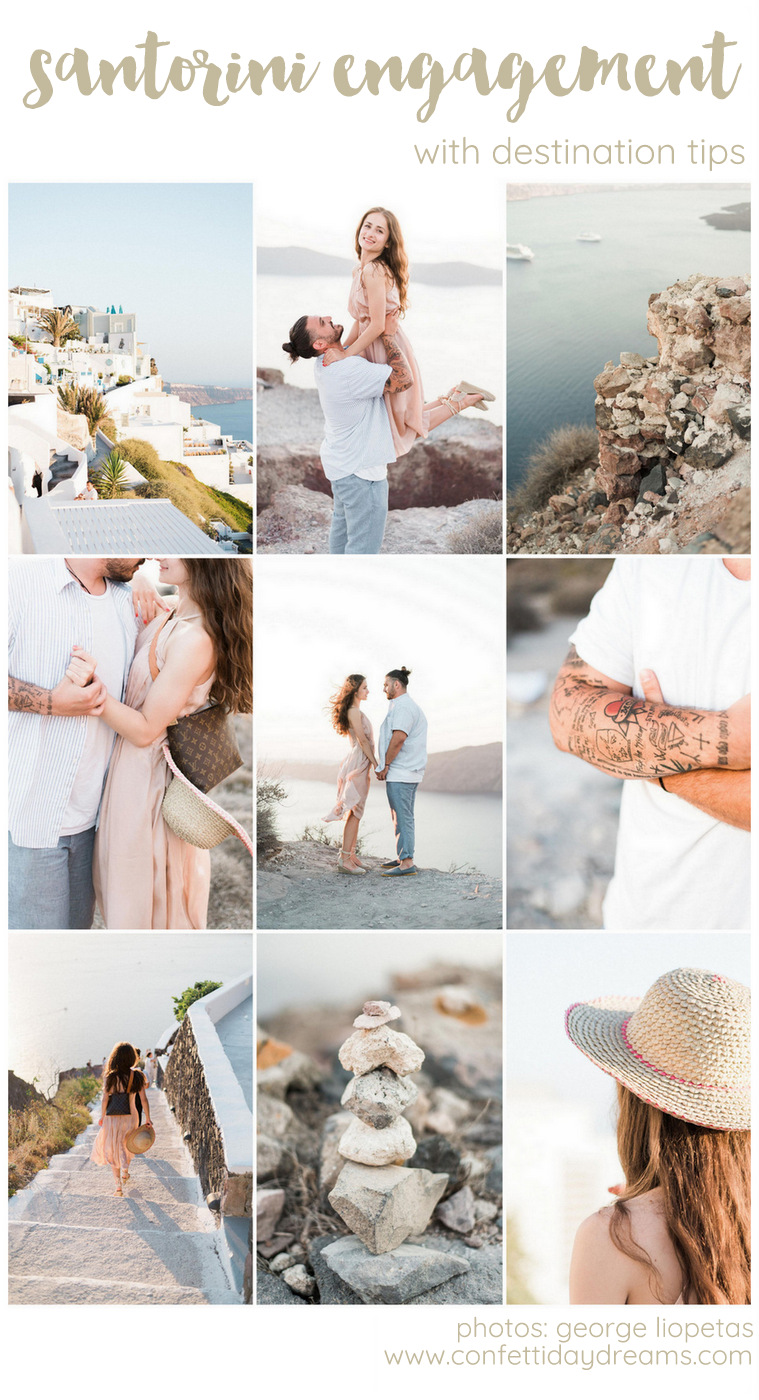 Love Story: Christy and Marin met 10 years ago, as teenagers. They fell in love through secret dates, late night phone calls and endless conversations about their lives. Marin proposed to Christy during a surprise trip to Paris, France. To celebrate their engagement, they headed off to Santorini to capture these gorgeous images. 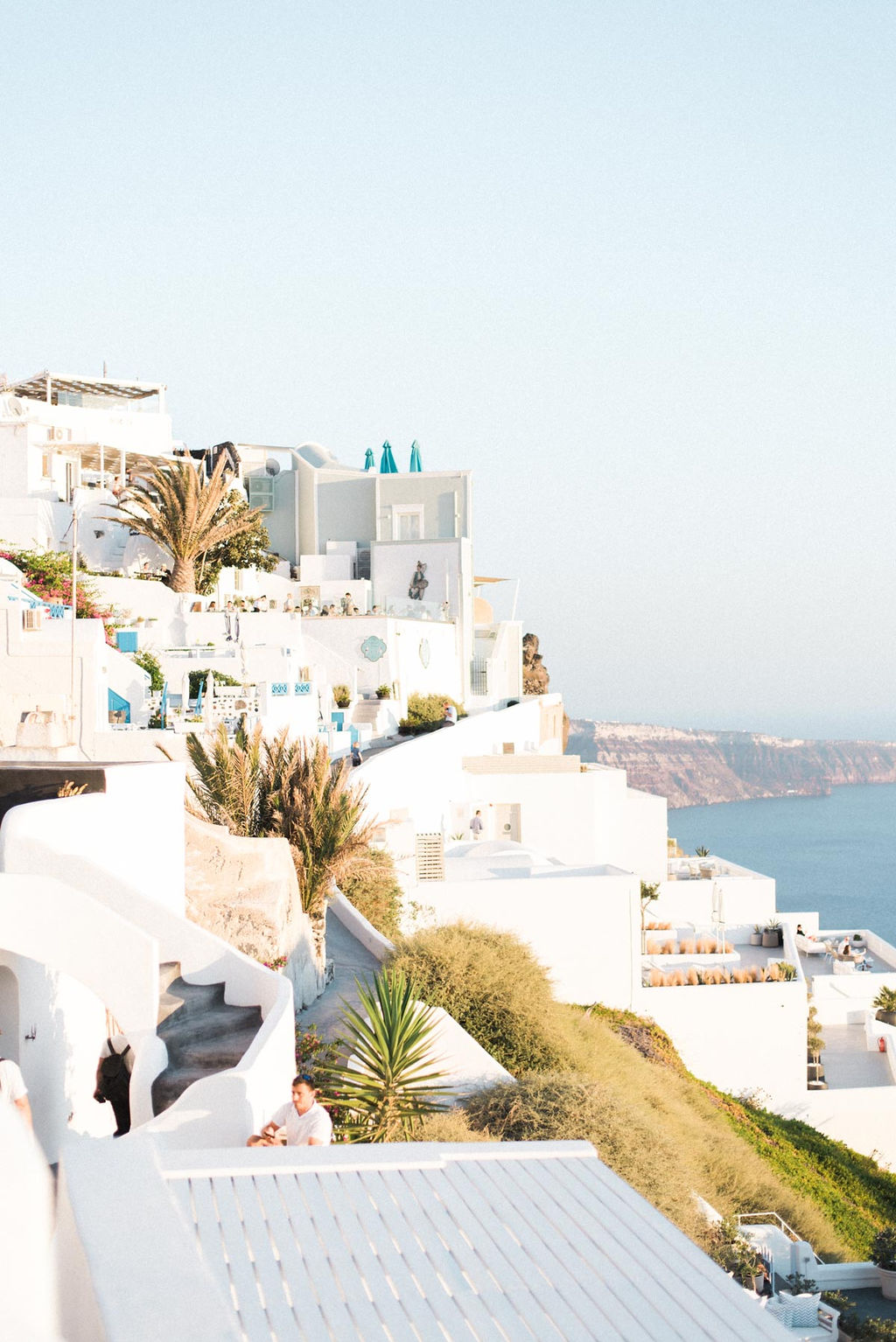 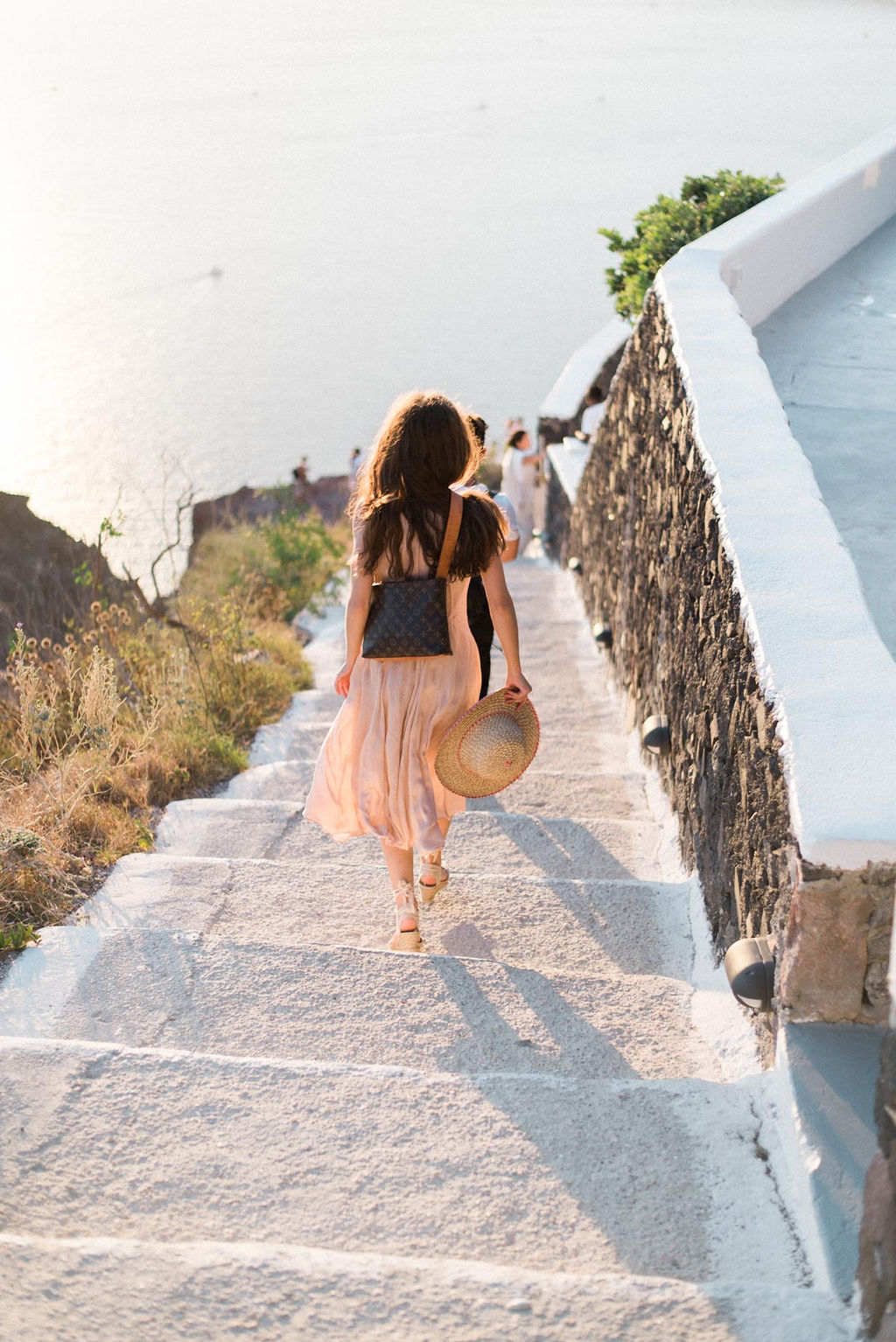 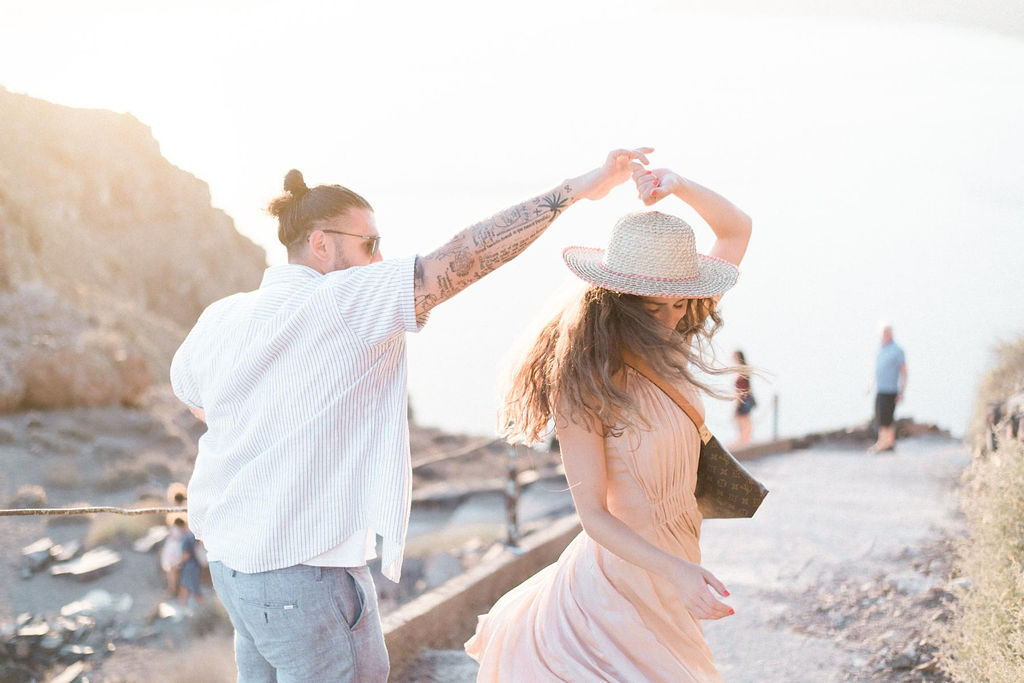 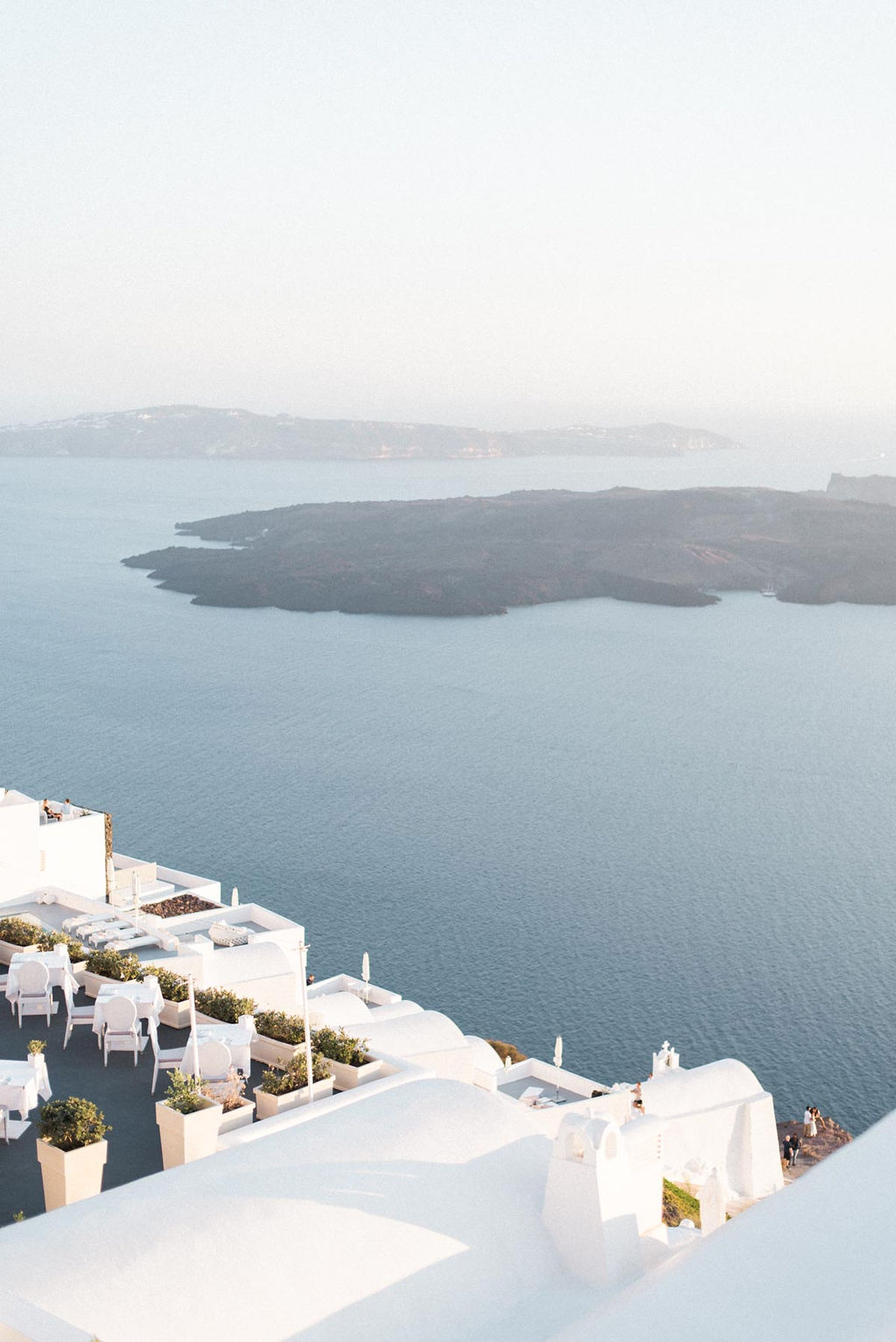 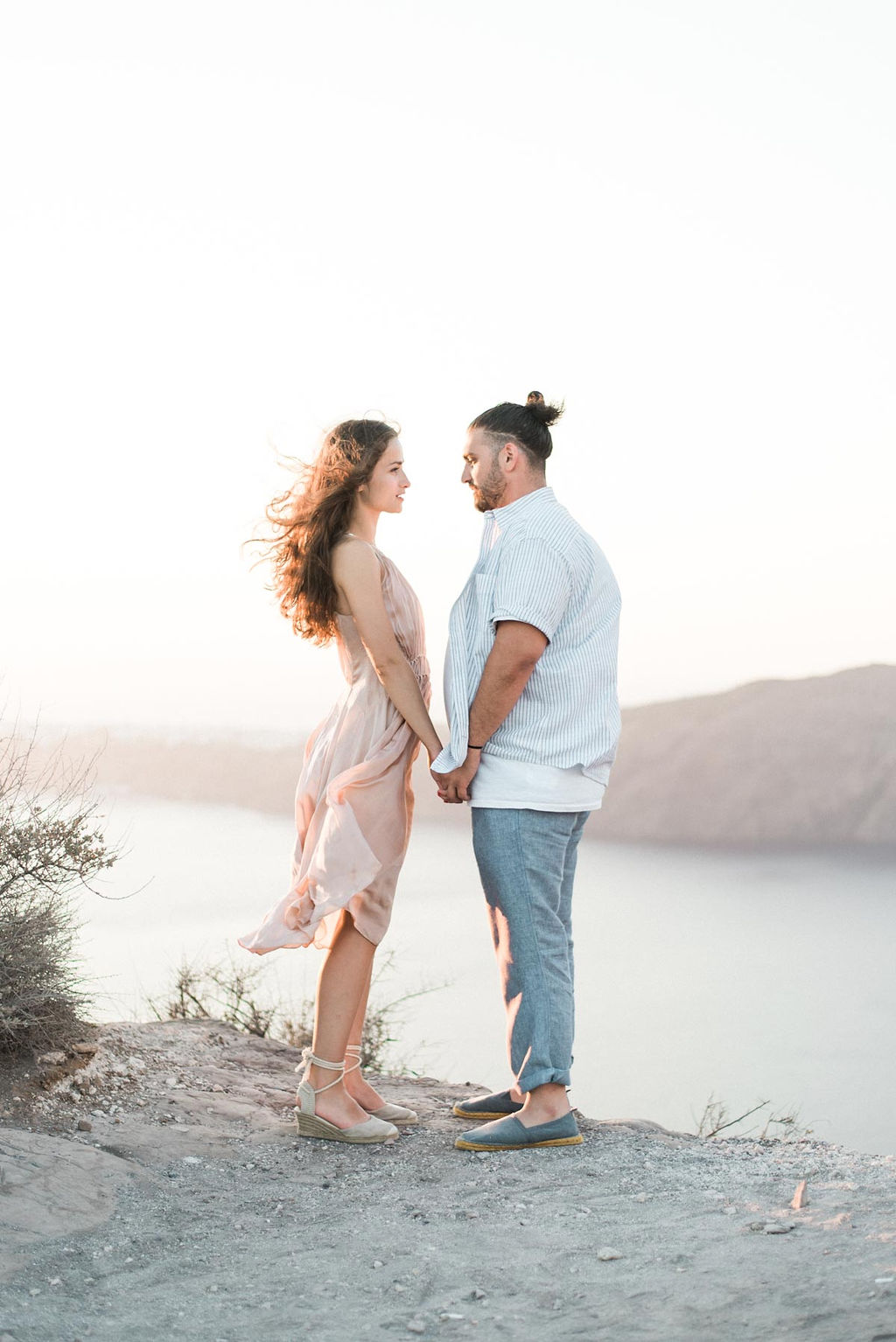 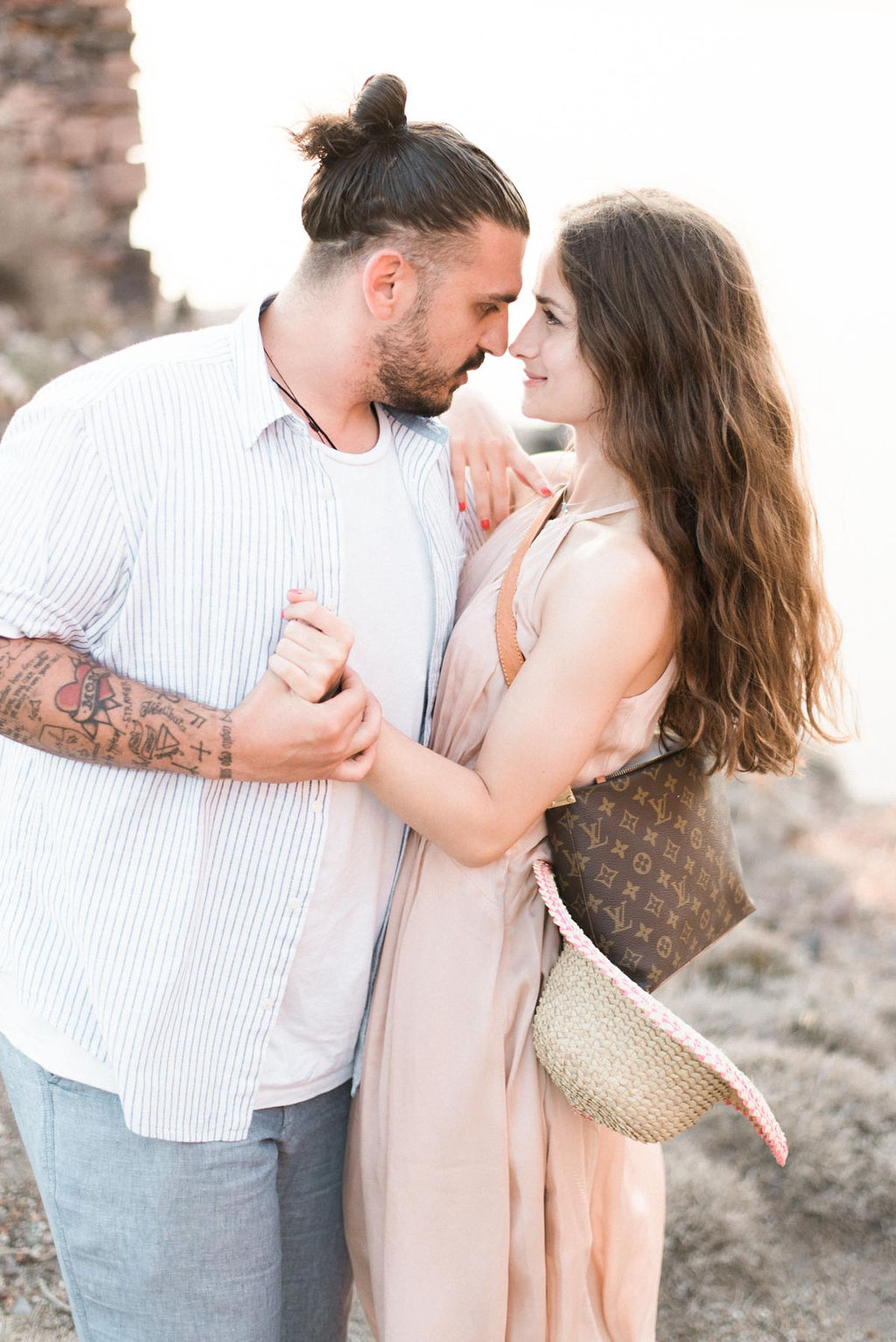 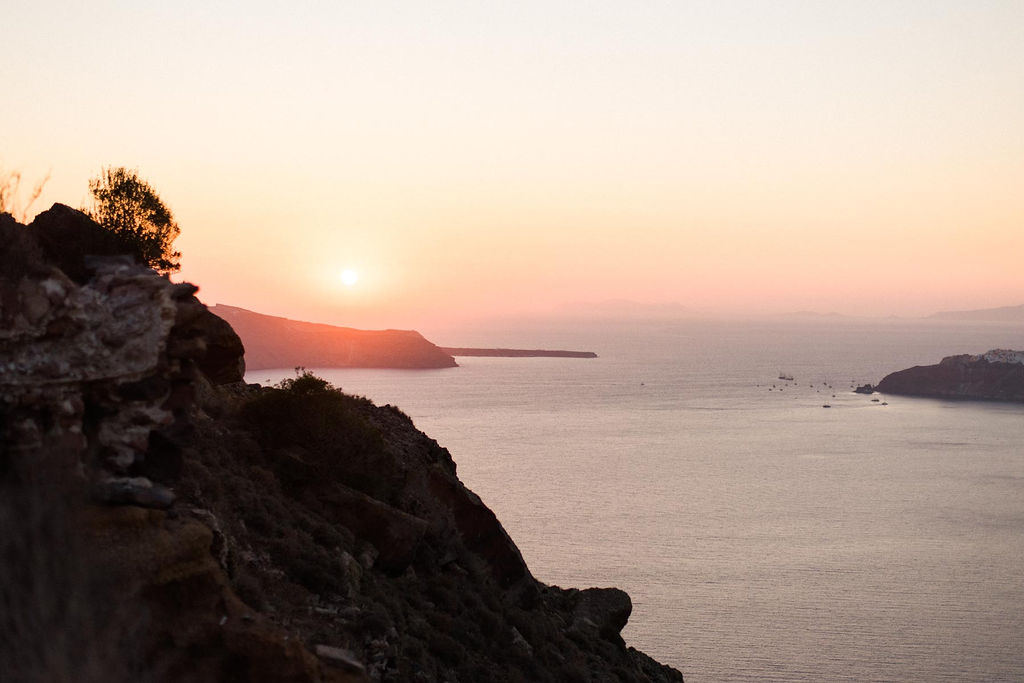 “An engagement session in Santorini is the perfect opportunity to capture lovely moments between you and your partner, while looking great in a beautiful outfit on an unforgettable greek island,” says George, who shares some of his expert tips for an amazing engagement photoshoot in Santorini, Greece.

Check out our elopement guide: